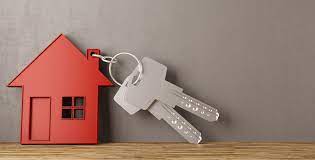 This may prove to be dangerous for the economy in the future, warns the chairman of the Association of Banks in Bulgaria, Peter Andronov, who was a guest at BNT’s morning bloc.

Mortgage loans have grown by 20% in just one year, and the increase in consumer loans is 14%. This is ahead of healthy growth rates, the chairman of the Banking Association of Bulgaria told the Bloc on Monday.

Peter Andronov: It’s time to think seriously about credit growth, it’s getting high. Maybe about 10 percent is the healthy maximum expression, but now we see 15-20% – we get to a phase in the economy when optimism is a good thing, but more care needs to be taken.

There are two reasons for the increase in loans – an increase in incomes by an average of 10 percent per year and the retention of interest rates at low levels.

An unexpected surprise for consumers may be the increase in interest rates in the future and this should also be taken into account when drawing a loan.

Andronov also commented on Bulgaria’s future entry into the so-called “club of the rich” – the eurozone countries.

Petar Andronov: We have to fulfill the conditions that are in the process, so there are many preconditions, many stages and many conventions that must be overcome and fulfilled,  it is very irresponsible to tell you that after two years we are going to enter ERM 2 or this fall.

According to the banker, credit institutions in Bulgaria are not worried about greater control over entry into the Eurozone waiting room and the Banking Union of Europe.

Petar Andronov: A system that gives additional security, which gives a level playing field that eliminates more frivolous practices, there is no reason to worry for everyone it is better to work in an environment with good rules.