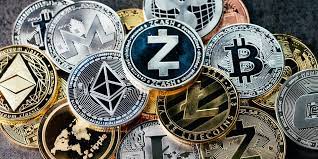 If you just got into Bitcoin, then you must be wondering what’s happening. If you did your research, you probably already know how volatile this currency is; however, you probably had no idea that it would be so erratic. Just in a couple of days, Bitcoin fell from around a $50,000 high to around $32000, more than a 30% decrease. For most investors, this is a time to pull their hair, but if you do it right, it is an opportunity to make a ton of money.

Why Did The Value of Bitcoin Fall?

Up till last month, the value of Bitcoin was fairly stable at around the $50,000 mark; however, a sequence of events within the past couple of days led to its sudden plunge. Let’s explore some of them.

In February, the popular car electric manufacturer, Tesla, announced that they were accepting payments in Bitcoin. The company already had an inclination towards the famed cryptocurrency, seeing as they had already invested handsomely in it. As a result, many believed that the company plans to hold its investment for the long run, and are, in fact, trying to make it more mainstream – in turn, accelerating widespread adoption.

But, just last week, the company reversed its decision to accept Bitcoin payments, citing climate concerns as a reason for their decision. The market saw a 10% decrease amid concerns about the sustainability of the digital currency. To get more information about bitcoin trading you can visit bitcoin buyer

Initially, investors believed that Tesla had parted ways with its Bitcoin reserve, inducing this week’s slump. However, Tesla’s patron saint, Elon Musk, took to Twitter quickly and reported otherwise, adding that the company didn’t plan on selling.This isn’t the main reason for Bitcoin’s dramatic fall, but it certainly got the ball rolling.

It isn’t a secret that the Chinese government doesn’t like Bitcoin. In fact, they see it as a threat considering how Bitcoins offer deregulation, an aspect that is unacceptable to the totalitarian regime. Every government wants to control the currency coming in and going out in their country. Since Bitcoin offers anonymity to its users, it becomes hard to track down the cash going overseas.

The Chinese government fears that many of its citizens can take advantage of this fact, buying Bitcoin as a means to avoid tax or launder money. The end result is currency outflow, which reflects negatively on the balance of trade.

Trading in cryptocurrency has been banned in China since 2019, and subsequent crackdowns in mining operations have further restricted access to the coins. But, people still find ways to work around regulations. However, the latest statement from the People’s Bank of China served to further tighten the noose around crypto dealings in the country. It warned people of the risk involved and the country’s view on it, essentially implying a cease and desist order to its consumers. This may have led many Chinese investors to panic sell to cover their losses amid concerns for the law. Considering the scale of investors in China means a great movement in Bitcoin occurred.

What Should You Do?

It’s bad news for those trading on margin and going long. You’ve probably already received your margin call. Unfortunately, you must be under a tremendous amount of debt. But, things can move around to favor you.

Normally, when prices of an asset fall like this, they start to rise again as it presents a window for buying. The asking price goes down, leaving more space to incur a profit when looking at historical data.

You can also trade on a short position if you think that prices are going to go down; however, that’s a risky endeavor considering Bitcoin’s value rises sharply during Bull runs.

If you’re new to the game and don’t want to miss out on the action, this is your entry point. It’s the right time to buy some coins to see the currency’s behavior in the long run. You can hold Bitcoin and forget about it. It’s the safest strategy to make a profit.