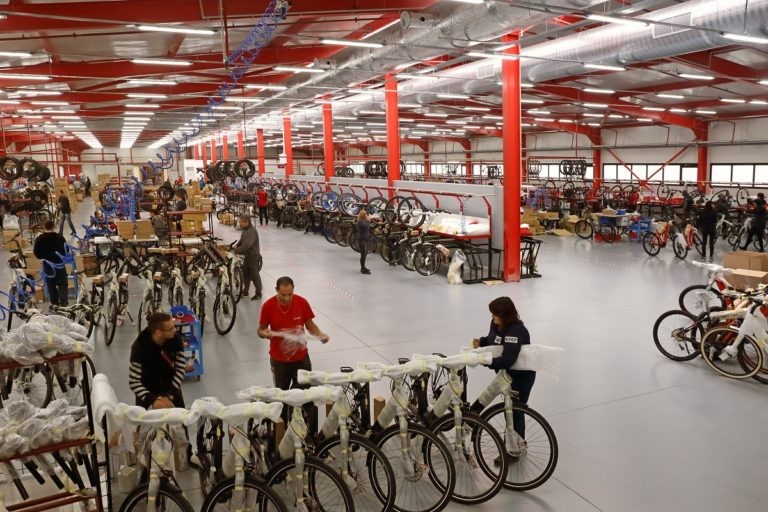 The Bulgarian Ministry of Economy, the Bulgarian Small and Medium Enterprises Promotion Agency and the Institute for Market Economy presented the main conclusions of the International Study prepared by IME and identification of potential markets for export growth of Bulgarian SMEs in selected sectors.

In connection with compliance with the measures to limit the spread of COVID-19, the event was held entirely online on the ZOOM platform, with the participation of representatives of employers and industry organizations in the country, journalists and business representatives.

During the event, the executive director of BSMEPA – the organization that initiated the analysis, Boyko Takov, said that the data are extremely useful for Bulgarian business because they show opportunities to increase the market share of Bulgarian SMEs outside the country.

The benefits of the analysis are many, but the data from it will mostly help the adaptation of domestic enterprises in the newly created economic conditions of the COVID-19 pandemic, Takov told the guests of the event. Education is most important for business development, because in order for a company to develop, it must be aware of all the opportunities that lie ahead. We did this together with the Ministry of Economy and the Institute for Market Economy – we tried to analyze and show the business where to go, especially in this situation, he added.

Takov continued with the topic of non-formal education of SMEs in our country, saying that he will soon launch a project for the preparation of a series of video lessons aimed at small and medium business owners, which will present topics related to internationalization and ways to implement of export. The initiative will be implemented within the Export Hub Bulgaria and with the help of the 16 founding organizations – employers’ organizations, clusters, universities and others.

Currently, the Agency is reviewing the organization of its trade missions in relation to the findings of the study in order to achieve maximum effect on increasing exports, commented the Executive Director of BSMEPA, adding that among the new initiatives of the Agency is the organization of an online business forum with Saudi Arabia – as a country with great interest in domestic production.

The highlights of the study were presented by Lachezar Bogdanov, Chief Economist at IME, who said that the Institute has focused entirely on opportunities for small and medium businesses in 54 product groups with identified high potential, covering 22% of Bulgaria’s total exports in 2019 and their markets in 27 countries.

Our country has the largest exports to Germany, Romania, Italy, France, Greece and Poland, with the fastest growth in exports in the period 2014-2019 marked bicycles and mopeds with an auxiliary engine. In this group, exports in 2019 amounted to 196 million dollars, and growth for the five-year period was 12232 %.

“Bulgaria is also the sixth largest exporter of electric bicycles in Europe,” said Lachezar Bogdanov, adding that the group of bicycles is followed by that of densitometers, aerometers and other similar floating instruments, where an increase in exports of 1398 % between 2014 and 2019.

Bulgaria and other Central and Eastern European countries are rapidly gaining market share in the supply of some electrical equipment and components, including batteries, printed circuit boards, electric heaters, with the main competitors in this sector being suppliers outside the EU, mainly China and other countries from Asia, the report presented by Bogdanov shows. Our country also specializes in the supply of medical and measuring instruments, occupying historically significant positions in developed industrial countries such as Switzerland, USA and Japan.

Domestic enterprises could be successfully realized in the neighboring countries, namely: in Romania with sales and parts for machines and cars, in Greece – with goods serving households and tourism such as furniture, lighting, etc., in Serbia and the North. Macedonia – with machines, equipment, appliances, spare parts, batteries, etc.

Among the good opportunities for the realization of Bulgarian SMEs are the markets in Morocco and Tunisia as emerging economies, Israel, which has growing integration with the economies of the EU, UAE, Saudi Arabia, the Republic of Korea and Vietnam.

The COVID-19 pandemic also finds a place in the analysis as a key phenomenon for economic transformation. Its effect is expected to increase the autonomy of industry in the European Union in connection with the reduction of dependence on supplies from China, which in turn will redirect to closer producers of consumer goods, imposing protective duties on a wide range of consumers. range of goods originating in China, introduction of non-tariff restrictions, such as safety requirements, imposition of new standards, etc.

Change is also expected in the field of services, where electronic services will prevail in order to reduce direct contact between people. The remote work experiment will most likely lead to its wider distribution, which will require a change in the places to connect to the Internet – increasing reliability and speed.

The sharp reduction in business travel will significantly change management practices, and the entertainment and online industries will increase their users, including the creation of games, according to possible scenarios after the pandemic.