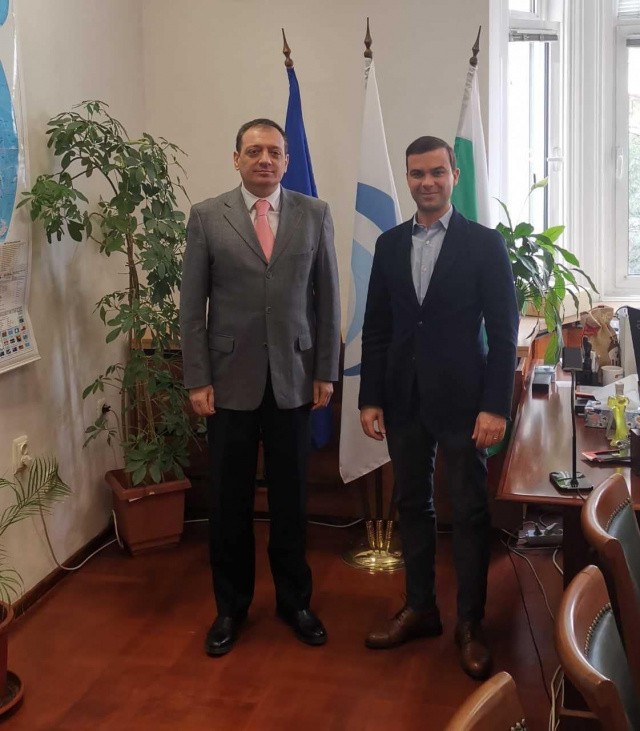 The Executive Agency for the Promotion of Small and Medium-Sized Enterprises will continue to actively promote companies in the electrotechnical industry in Bulgaria through its programs for enterprise development.

This was made clear during a meeting between BSMEPA Executive Director Dr. Boyko Takov and Eng. Orlin Dimitrov, Head of International Relations at the Bulgarian Association of Electrical Engineering and Electronics (BCEE).

Over the years BSMEPA has had a successful partnership with the CEEC, and the two parties at the meeting agreed that cоoperation between the two organizations should be developed. Mr. Takov and Mr. Dimitrov discussed the possibility of organizing a meeting in which the Agency to acquaint the 150 companies that are members of the Association with the programs for business promotion that BSMEPA provides, as well as with the application procedures.

The two also talked about BCEE’s desire to join part of the trade missions that BSMEPA organizes, during which companies have the opportunity to get acquainted with the details of opportunities to target a foreign market.

Dimitrov and Takov also discussed the possibility of joint work between the two organizations in the framework of the forthcoming changes in the structure and activity of the Association, initiated in order to improve BCEE’s internal and external communication.