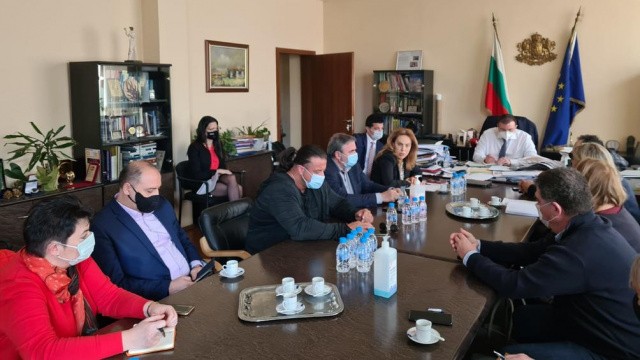 The restaurants will open from March 1 and will work at50% capacity, up to 6 people per table, and with opening hours until 11 p.m. And the nightlife establishments will open from April 1, said Deputy Prime Minister and Minister of Tourism Mariana Nikolova after a working meeting with the Minister of Health Prof. Kostadin Angelov. The discussion was attended by Assoc. Prof. Angel Kunchev, Chief State Health Inspector, and representatives of the tourism industry.

Minister Nikolova pointed out that by an official letter dated as early as January 19, she had proposed the opening of the dining establishments, the idea was that the working hours were until 10:30 p.m. Today we made a new proposal for activities allowed till 11 p.m., which was also accepted by the business, the Deputy Prime Minister pointed out. The limit of 15 people for organized private events such as weddings and christening parties is approved and remains in effect.

Compliance with all anti-epidemic measures within opening hours is also mandatory, the Deputy Prime Minister stressed. She was adamant that control would be uncompromising and not a single mistake should be made that could mar the industry’s reputation.

From March 1, the ban on organized travel in the country is also lifted. Organized visits abroad will be allowed from April 1. The order of the Health Minister will say that te arrangements for these trips will be made by tour operators and travel agents in compliance with the relevant sanitary measures for the safety and security of tourists.

Workers in the tourism sector will be vaccinated with priority, as requested by Deputy Prime Minister Mariana Nikolova in her letter to the Minister of Health Prof. Kostadin Angelov dated 21 January 2021.  Today the request was approved and the representatives of the tourism sector are to submit to the Ministry of Tourism lists of their employees willing to get vaccinated.

The data will be forwarded to the Ministry of Health, which will organize the immunization, the minister said.

Congressional and event tourism may start off from March 1. The next order of the Minister of Health will allow the organization of events and congresses at a capacity of 30%. According to the information, the industry will need a certain period of time to prepare, and in practice we expect to have implemented events after March 20, explained the Minister.

It is important to make the necessary arrangement and understand how many of the industry representatives are willing to get vaccinated in order to be able to complete it before the high summer season, commented Minister Angelov. He added that the aim is to help the industry and avoid another decimated tourist season.

Minister Nikolova stressed that vaccination is voluntary, but this is a way to achieve the desired restart of the industry. Business representatives supported the idea of priority vaccination and pledged to support the process within their powers.