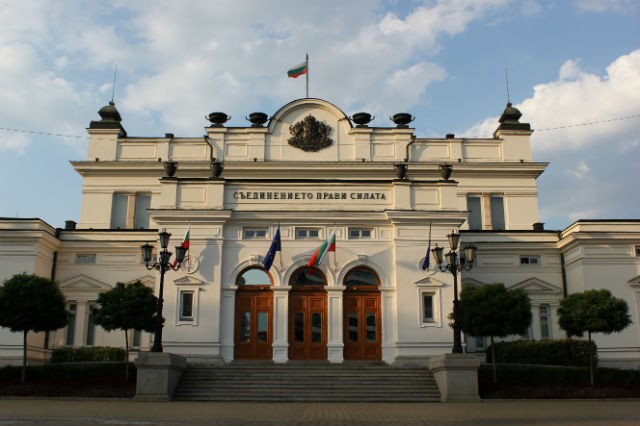 For the first time since our accession to the EU, all relevant institutions in Bulgaria – the government, the National Assembly and the President – have shown rare unanimity and did not support the start of negotiations for the accession of the Republic of Northern Macedonia to the EU.

The motives for this are the non-fulfillment of the Treaty of Friendship between the two countries, falsifications of history with anti-Bulgarian rhetoric and purposeful instilling of negative stereotypes and hatred towards Bulgaria and towards Bulgarians as a nation.

This veto surprised Skopje and provoked a neurasthenic and orchestrated anti-Bulgarian reaction. And if this reaction is not so surprising in view of the policy pursued so far, then the reaction of certain circles in Bulgaria is twice as surprising.

This small and traditionally critical group is extremely diverse. They convince us with communist zeal that the nation and national interests are only an unnecessary burden on the way to building the future global society and in particular – to give up our past in the name of the accession of RS Macedonia to the EU.

Both Skopje politicians and Bulgarian critics argue that Bulgaria’s position is an ultimatum denying Macedonian identity – the existence of a separate Macedonian nation and language. It is with this statement that an unprecedented anti-Bulgarian campaign in RS Macedonia and active foreign policy propaganda are being launched. Skopje’s problem is that this is not just untrue, it is a deliberate lie!

In fact, what is the Bulgarian position

The first thing to emphasize is that it is in full compliance with the principles of international law and the founding ideas of the EU . In accordance with the principle of recognition of the realities created after the Second World War, in addition to the recognition of the state (which Bulgaria was the first to do!), The new political realities created in it are already recognized in the spirit of the EU principles. Bulgaria recognizes the existence of a separate Macedonian nation and an official literary norm – ie. practically Macedonian language.

Then where is the problem?

The problem is that the Intergovernmental Treaty states that we have a common history to celebrate together. The Intergovernmental Scientific Commission set up on its basis only needs to establish how long our joint history lasts and what are the most important events and personalities to be honored. In practice, this means that the official authorities in Skopje will recognize that the Macedonian nation and language norm are built on a Bulgarian basis.

Here I want to state clearly what the politicians in Skopje do not want, and in Sofia they do not say clearly – the scientifically indisputable truth that

the Macedonian nation is political, not ethnic

It is the result of the combination of a politically formulated idea and the specific political destiny of a territory and population detached from the bulk of the Bulgarian nation.

Skopje’s nervousness is caused by the fact that this thesis is in sharp contradiction with the officially imposed and practiced Macedonianism , based on the idea of ​​the ethnic character of the Macedonian nation. Macedonianism was formulated as a political idea in the late 19th century by the Serbian scholar and politician Stojan Novakovic, supported by Russia in the early 20th century and finally (albeit for other purposes) imposed on all communist parties in January 1931.

Despite the various political roles assigned to it, it is based on the a priori thesis of the existence of a Macedonian nation and a nation other than the Bulgarian one. That is why the theft of history becomes inevitable. As always, for contractors of political orders, the false adjustment of historical truth was not a problem. For a long time – until the coming to power of the communist parties in Bulgaria and Yugoslavia in 1944/5, Macedonianism did not have many adherents even in the Serbized Vardar Macedonia.

Then, as an official state policy imposed by the force of state coercion and mass repression, the process was forced in the name of building a Bulgarian-Yugoslav federation on the initiative and under the auspices of Moscow. It envisages that the Federal Republic of Macedonia, enlarged by the Bulgarian Pirin Macedonia, will be an independent unit. Thus, in communist Yugoslavia, the Macedonian state, nation and language became a constitutional norm. This explains why Yugonostalgia is so strong, and the cult of communist greatness and especially of Tito, remains sacredly inviolable.

Due to the mass resistance and the collapse of the idea of ​​building a federation in 1948, in 1963 the policy of forced Macedonianization was officially declared a mistake by the Bulgarian Communist Party. The liberation of historiography from the canons imposed on it after 1989 led to an unequivocal assessment of forced Macedonianization as one of the greatest crimes of the communist regime in Bulgaria . This entered the school curricula, and Georgi Dimitrov is no longer among the most revered personalities in our history. The established Macedonians in our country are a rapidly melting group.

Thus, the theft of Bulgarian history became the main goal, because Serbia, through Macedonianism, pursued the formation of a regional self-consciousness and thus blocked the aspiration of dominant Bulgaria to change the status quo and unite the Bulgarian nation. It is the anti-revisionist orientation of Macedonianism that drives Russia, then the USSR, and in different periods other great powers to support it, this is the reason why it still receives support today.

That is what they relied on in Skopje. However, our partners and friends must realize that the Macedonianism defended by the RS in this version was created, exists and will exist on an anti-Bulgarian basis.

With the accession of this country to the EU, this Macedonianism will be legalized

which means that the problems will only be deepened and complicated. It is imperative to show the same far-sighted understanding that just as Greece stubbornly managed to stop Skopje’s aspirations to steal its ancient heritage through “antiquization”, so it does to support Bulgaria’s quest to preserve its historical and cultural heritage. Moreover, we want rapprochement, not division, and even less conflict now and in the future.

What is the solution?

It is clear and is before our eyes. The rulers in Skopje simply have to find the courage and finally break with the archaic 19th-century anti-Bulgarian matrix and acknowledge that the Macedonian nation is a modern political nation.

What will result from this?

– The existence of a separate Macedonian nation recognized by Bulgaria. Recognition that it was finally formed on the territory of today’s RS Macedonia, in fact recognized by Skopje’s refusal to seek recognition of the Macedonian minority in Bulgaria. When and how it happened – let scientists decide. By the way, many of the modern nations are political (such as the American) and this is not an obstacle to their successful political, economic and cultural development.

– Recognition that the modern Macedonian nation arose on the basis of the Bulgarian nation . It is significant that more than 85,000 citizens of the RSM have obtained Bulgarian citizenship, proving their Bulgarian roots, although some of them have a Macedonian identity.

– The recognition of a separate Macedonian language. Who, when and how on the basis of Bulgarian dialects codified this literary norm, remains an object for academic activities.

Such a solution would give impetus to the PCM to finally begin, as in all other former communist countries, the difficult process of rethinking the past, free from ideological and political dogmas and restrictions. As painful as that is.

Adopting this decision as a precondition will solve the most important problems:

First , in the EU, we will cooperate with the current RS Macedonia with its indisputable domestic political realities.

Secondly , in accordance with the requirements of the EU, the Socialist Republic of Macedonia will not have unresolved conflict problems with its neighbors.

Third , if it does not stop, it will severely limit the possibilities for foreign interference in its foreign and domestic policy.

Finally, solving the problem goes back to those who can and should solve it – the responsible politicians in Skopje, Sofia and the EU. It is high time for politicians and public figures near Vardar to realize their responsibility, to break with the ostrich policy and to show courage and foresight in the name of a brighter future.

Accepting this obvious truth will put an end to the hopeless view of the past and the language of hatred.

If Bulgaria argues well and makes this position widely known, we will undoubtedly receive not only the support of our partners in the EU and NATO. Because there is no place in the EU for a country whose identity and politics are based on falsifications and hatred. The question is not about some historical dispute between Bulgaria and Macedonia, but about the principles of future relations within the EU, and thus about its very future.