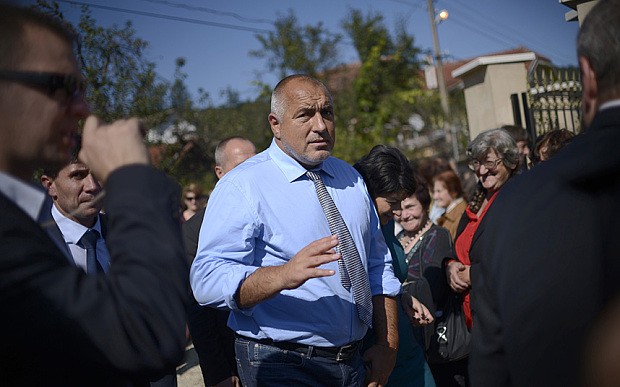 The coalition council meeting between GERB and United Patriots (minority partner in the coalition government) has decided to maintain its stability and in this composition will continue to govern the country until the end of the term in office. The resignations of the three ministers – Vladislav Goranov Mladen Marinov and Emil Karanikolov, requested yesterday by Prime Minister Boyko Borissov, will be voted on, but after the no-confidence vote is rejected.

The meeting was held against a background of several days of protests demanding the resignation of the government and of the Chief Prosecutor and a day after Borissov announced that he had requested the resignations of thee ministers of finance, interior and economy.

After the talks in the Council of Ministers on July 16, the Prime Minister announced: We will consider and make a huge overhaul of the cabinet.

Valeri Simeonov, leader of NFSB (one of the constituent parties of the United Patriots alliance) said that the most serious issue to be resolved is the discussion and rejection of the no-confidence vote submitted by the opposition Bulgarian Socialist Party (BSP).

“As regards personnel decisions in the cabinet – we will deal with possible changes in the composition, after the vote. We are consolidated to reject the vote, then we will discuss other changes, resignation requests for the composition of the executive branch,” he said.

The prime minister acknowledged that all three ministers, to whom he demanded the resignations yesterday, have great support and have done important things for the state.

“The Minister of Finance – Bulgaria is in the Eurozone waiting room and we are in the top three countries with the best finances. The Interior Minister is making great efforts. The number of unsolved murders is decreasing. In the case f Emil Karanikolov – for three years the Ministry of Economy has contributed to the increase in GDP, achieved record investment growth “ PM said.

Borissov said that he would mobilise the parties of the governing coalition to overthrow the no confidence motion.

The most grotesque thing is that a party such as BSP demands vote of no confidence over corruption, he said and described the BSP’s motives as thumbsuck.

“The months ahead are expected to be difficult, you can see the number of coronavirus associated deaths is rising.

November, December, January and February will be a difficult economic crisis, it is beyond the power of a party, a coalition to go through this stormy sea. We need consolidation, if we are divided during this crisis, it will lead to fall of governments, Borissov noted.

“Who of those protesting in the square is more experienced and knowledgeable than us?” he said.

“I can’t imagine the country being ruled by such people. It will crash instantly,” he added.

President: No reshuffle can save the government from resigning

During a visit in the city of Plovdiv on July 16, President Rumen Radev said no reshuffle could save the government from resigning. He called on the protesters to continue in the same spirit, because he said their protest was not social and political, but for morality in politics and government.

Minutes ago, the surprising extraordinary visit of the head of state to Plovdiv ended. He met with students studying Graphic Design and Photography at the Academy of Arts.

On the main street in the city, he provoked a palette of reactions. On one side were his supporters, who greeted him with applause, and on the other side were his critics, who raised placards demanding his resignation.

The two groups entered with a brief verbal confrontation, but no tension ensued.

The President then met with the two groups and said it made no sense for the cabinet to brag and be stubborn in front of the mirror. “The fear of exposing the monstrous abuses of this government, the fear of retribution from interrupting electoral manipulation, is completely understandable, but it is irretrievably late.”

The head of state also confirmed that he did not know MP Delyan Peevski personally.

Rumen Radev, President of the Republic of Bulgaria: Bulgaria is waking up, the Bulgarians are on the streets, as you can see, chanting:” Mutri (thick necks) out!” It is the young people who have restored our hope, because they have made it clear that they will not tolerate the humiliation of ignorance, impudence, corruption. These young people are aware of their mission, of their generation – to end the Transition by expelling the mafia from power and from the Prosecutor’s office. I do not know Peevski, nor Dogan, nor Bozhkov, etc. Someone else gave, in this case, the prime minister gave huge public procurement contracts for billions to Peevski. Someone else smoked cigars, someone else handed out banks. Not my government, he said.

A large-scale protest is planned for this evening in Plovdiv, demanding the resignation of the government and the Chief Prosecutor Ivan Geshev.