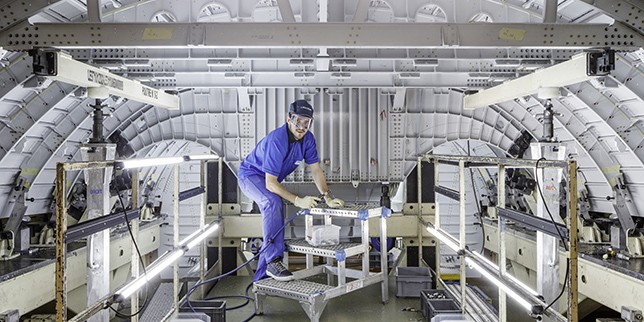 In November 2020, the economic situation in the country deteriorated for the first time after six consecutive months of improvement, according to the latest survey of the National Statistical Institute (NSI).

The deterioration of the business climate in November was most pronounced in construction and retail with some stabilization in industry and services, with the weakening of the country’s business situation due to the second wave of Coronavirus pandemic, which led to the introduction of new strict restrictive measures throughout Europe and later in November in our country as well.

The overall business climate index was down by 4.1 points in November after rising 0.5 percentage points in October, the first downgrade in six months when there was a sustained recovery following the collapses in March and April during the first wave of Coronavirus pandemics that led to a lockdown in our country.

At that time, the business climate index collapsed dramatically by nearly 50 points, approaching just 4.4 points from its record low in April 1997, when the financial and economic crisis blamed on the Videnov cabinet.

The index determining the business climate in industry remained at approximately the same level in November compared to the previous month, when it decreased by 1.3 points, with the latest NSI survey reporting a slight decrease in current production activity, while the expectations of industrial entrepreneurs for the activity over the next three months are more moderate.

A major factor hampering the development of this sector is still linked to the uncertain economic environment, followed by insufficient demand from abroad and other factors.

In terms of sales prices, industry managers do not foresee a change over the next three months.

In November 2020, the “business climate in construction” index fell significantly, by 9.9 points (after a slight increase of 0.6 percentage points in October) as a result of the poor assessments of the business conditions of their enterprises. Entrepreneurs in the sector have reported a decrease in new orders over the past month, and their expectations for activity over the next three months are less favorable.

The main obstacle to the development of activity in the industry is the precarious economic environment, followed by labor shortages and competition in the industry.

In terms of sales prices, the majority of property developers expect them to maintain their level over the next three months, according to the latest NSI poll.

In November, the composite index “business climate in retail” also fell sharply by 9.9 points after rising by 4.2 points in October. The deterioration in attitudes in the sector is due to the more reserved assessments and expectations of retailers for the business situation of their enterprises. They are also pessimistic about their forecasts for sales volume and orders to suppliers over the next three months against the backdrop of the second partial lockdown introduced in our country at the end of November.

According to retailers, the main obstacles to the development of activity in the sector are related to the uncertain economic environment, insufficient demand and competition in the industry.

As for sales prices in the industry, a greater proportion of retailers expect to keep their level in the next three months.

The composite indicator “business climate in the services sector” has remained at its level since October, when it grew by 1.3 percentage points, but managers’ forecasts for the development of this business sector deteriorate over the next six months. They are also pessimistic about their expectations in terms of demand for services over the next three months.

In this sector too, the uncertain economic environment is the most serious problem hampering business, followed by the “other” factor.

The vast majority of service managers predict prices will remain at their level over the next three months.

It should be taken into account that the deterioration of the business situation in our country has become a fact even before the country felt the negative impact of the new restrictive measures aimed at curbing the spread of coronavirus, which are in force from 28 November and will continue until 21 December at this stage.