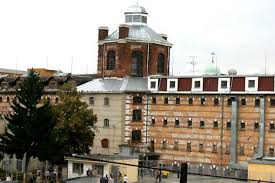 The deputies incriminated the illegal transportation of passengers. “Whoever carries out public transport of passengers without a permit, registration or license, which is required by a normative act or an act of the European Union, shall be punished by imprisonment of two to five years, the motor vehicle used for the act shall be taken in favor of the state, regardless of whose property it is. ” This is stated in the new text in the Penal Code, which the parliament approved during the transitional and final provisions of the amendments to the Code of Merchant Shipping voted today.

The texts were offered several times by the government, but they were never accepted due to the resistance to incriminate the so-called shared trip. Then the majority explained that it should not fall under the blows of the law, because it talks about the distribution of fuel for travel, and not for the provision of services for a fee in order to make a profit.

Following debates in plenary, the change is now a fact, and it provides for an increased penalty for cases in which the violation is committed by two or more people who have agreed in advance. If a forged document or a document with false content is used, the punishment jumps from five to ten years in prison, a fine of up to fifteen thousand levs, as well as confiscation of property.

The opposition strongly objected to the way the changes were being implemented – through the transitional and final provisions of another bill – and described it as “another legislative powerlessness of this majority”.