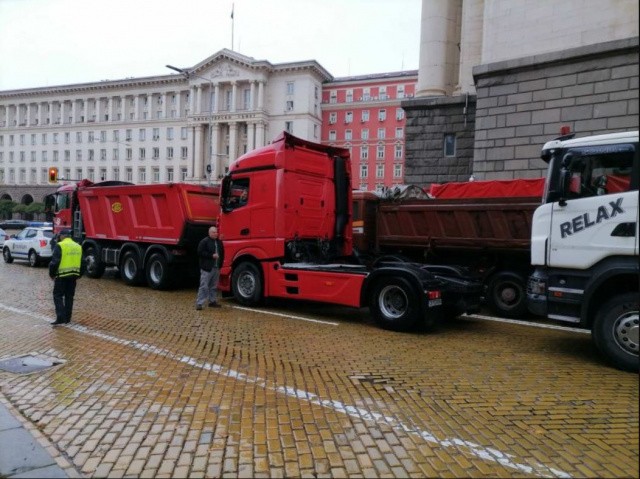 Builders from the Bulgarian Branch Chamber “Roads” are protesting with a request for payment of the due and resignation of the Minister of Regional Development and Public Works Violeta Komitova.

The protest started at 8:30 am in front of the Council of Ministers and will last until 12:00 pm. During this time, Dondukov Blvd. and Tsar Osvoboditel Blvd. will be blocked.

According to the organizers, 60 trucks and 40 construction equipment will take part in the protest. Yesterday, the police announced that they would fine the drivers of heavy equipment with BGN 30 because by law they are not allowed to enter the capital. The meeting point of the protesters is near Vranya.

From there, the column will pass along Tsarigradsko Shose to the Council of Ministers. From 7 to 12 o’clock there are restrictions in the center of the capital.