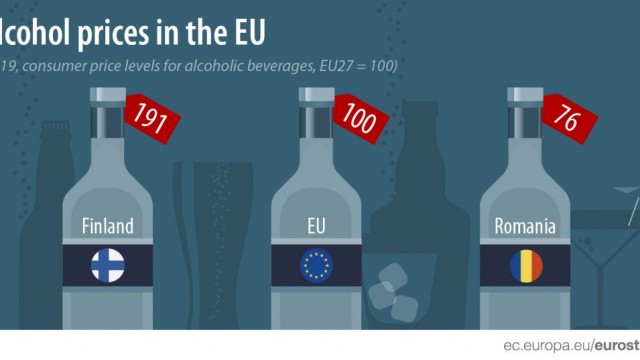 Bulgaria is the country with the cheapest alcohol in the EU. Only in Romania the average price of alcoholic beverages is lower than in Bulgaria, according to Eurostat data for 2019.

Prices in Bulgaria are 79 percent of the European average (or about a fifth lower), and in the northern neighbors – 76%. In third place in terms of cheap alcohol is Hungary (80).

Price levels in European countries are compared to the EU average, which is considered to be 100. According to Eurostat estimates, the price of alcoholic beverages is more than twice as high in Finland (with a price level index of 191), followed by from Ireland (182) and Sweden (156).