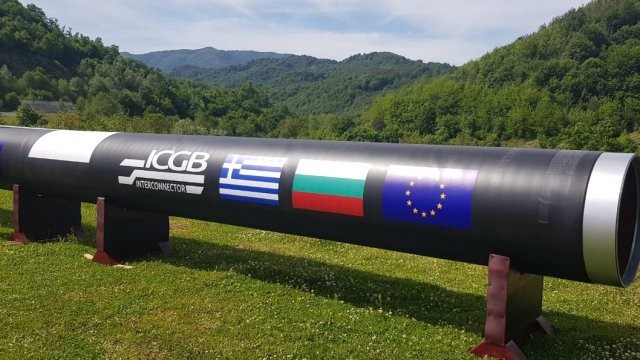 The goal is for the gas interconnector with Greece to be commissioned by July 1st this year, to be ready before the next heating season. This was stated by the Minister of Energy Alexander Nikolov during a hearing in the parliament, requested by Zhecho Stankov from GERB-SDS. The topic was the delay in the construction of the interconnector and the accrual of penalties under the contract for implementation.

Nikolov explained that due to the delay in the project, Bulgaria will insist on compensation from the builder. He said the government had demanded payment but did not specify a specific amount.

The Minister also said that a meeting between him, the Minister of Finance Asen Vassilev, and the directors on the board of the joint project company ICGB AD is forthcoming.

Nikolov revealed that there was a request to postpone the project by the contractor. However, our country has not respected them.

GERB-SDS stated that for eight months the caretaker government has further delayed the interconnector.

Former Minister of Energy Temenujka Petkova commented that she regularly inspected the construction and kept in constant communication with the Greek side.

Delyan Dobrev pointed out that there has always been political will to build the Greek gas connection. He expressed the opinion that the expert management of the project company is to blame for the delay in the project.

Ramadan Atalay of the Movement for Rights and Freedoms questioned whether additional funding would be needed. The Minister replied that in case of changes in this direction there will be a careful discussion.

Toshko Yordanov from “There Is Such a People” asked if there was a deliberate delay.

“I do not think I have the right to speak about specific sabotage,” Nikolov replied.

Dragomir Stoynev of BSP for Bulgaria believes that the problem with the interconnector lies in the way it is financed. According to him, if faster funding was provided in 2014 and 2018, it was possible for the project to be implemented so far.

According to Martin Dimitrov of Democratic Bulgaria, the government must work to guarantee the best prices for the country. He said the project company must make a clear commitment not to postpone the project after July.

According to Vazrazhdane leader Kostadin Kostadin, it is a matter of “monstrous losses” and carelessness due to the delay in the project. He pointed out that Greece is also to blame for the delay.