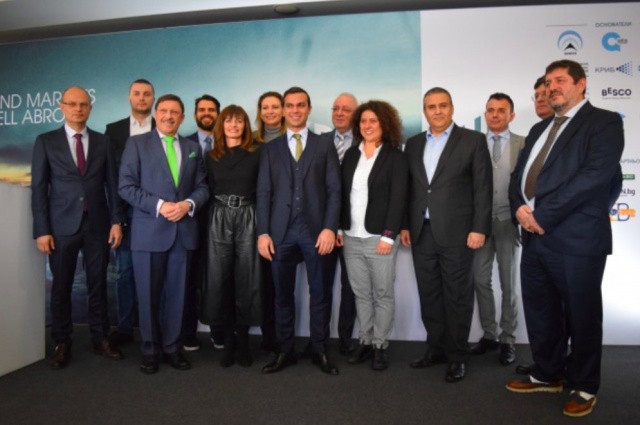 State, business, and education are coming together to allow more Bulgarian companies to find markets for their products abroad. The initiative is called Export Hub Bulgaria. It was set up at a special event yesterday by signing an agreement between the 12 participants. These are the Small and Medium-Sized Enterprises Promotion Agency (BSMEPA), Sofia Tech Park, the Bulgarian Export Insurance Agency (BAEZ), the Bulgarian Chamber of Commerce Industry (BIA), the Convention on Employers and Industrialists in Bulgaria (CRIB), the Bulgarian Consulting Organization, Cleantech Bulgaria, the Bulgarian Startup Association, M3 Communication Group, SoftUni, the Higher School of Insurance and Finance and the  Bulgarian Association of Business Clusters (ABC).

The idea and purpose of Export Hub Bulgaria is to work for the internationalization of the Bulgarian business and increase the native exports. This will be done through a platform that will facilitate our enterprises in their entry into foreign markets, as well as providing them with access to information about the specifics and characteristics of different markets around the world.

At the same time, the initiative will enable companies to develop and improve their skills and knowledge, as well as participate in a network for the exchange of market information, experience and knowledge through online and offline events.

“It will happen in two directions. The first will be monthly training events with companies already established in foreign markets. And they will also include our trade attachés abroad, “explained BSMEPA Executive Director Boyko Takov. He added that initially these events will be held offline, but the ambition is that they will soon take place online so that they can have access to production facilities, most of which are not located in Sofia. In this regard, SoftUni is already working on the site of Export Hub Bulgaria, through which these trainings should be conducted in a fully online format. “The idea is that Sofia is not Bulgaria. And the focus of the training will be on those producers who are in the countryside, ” Takov explained.

The second strand will be specific training for Bulgarian companies. It will start with 15 of those active in 3 sectors of the economy, which have already reached a level of development that will allow them to expand in foreign markets, it was clear from the words of the BSMEPA chief. Such added that this program will be 4 months, and the goal will be for each company to find at least one new market abroad or at least one new client there.

“The support for companies will be completely free of charge, and discussions have already been held with the Operational Program” Innovation and Competitiveness “for financing, which will make the initiative more sustainable, Takov added.

During his presentation, he also noted that Bulgaria’s Export Hub will be operational in early 2020. It has taken less than a year to create the hub. Takov said that at the beginning of this year, during a working visit to South Korea, BSMEPA saw a similar platform and that is how the idea to do such a thing in Bulgaria was born. Over time, ideas were refined, and at the same time many of the organizations that today established the hub themselves wished to get involved in it when things were still at an ideological level. “Which in itself is an attestation that the initiative is good,” Takov noted. He added that Export Hub Bulgaria is a very good example of a public-private partnership.