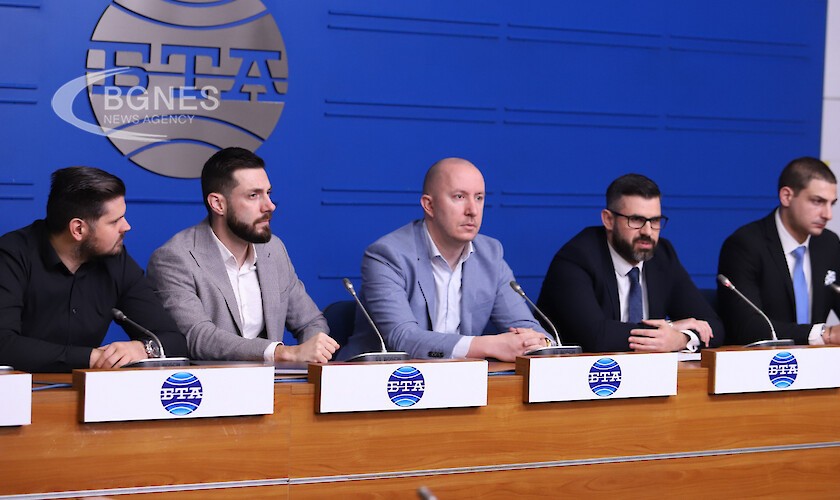 The Bulgarian government underestimates resource nationalism. This was stated by economists from the Council for Economic and Public Policies, a BGNES reporter reported.

As an analytical cluster, we took the initiative to create an analytical report, which is very key to where the Bulgarian economy will go in the light of the “Green Deal”. The question is how we position ourselves as an economy in the light of its requirements. We have made a report on the risks to Bulgarian mining, which we generally call resource nationalism and international populism.

This was stated by economist Kuzman Iliev during the presentation of the report “Bulgarian mining under the threat of resource nationalism and international populism.”

Bulgaria has a competitive advantage: the relatively good deposits of metals – copper, gold, and lithium, which Europe increasingly needs.

” Taking into account these realities in our economy, we can outline two major risks facing Bulgaria – we do not produce microchips. In the coming years, half a trillion dollars in Europe will be spent on such production. We can give as an example the plant in Dresden. Resource nationalism is associated with the underestimation of the situation by the Bulgarian government. “The Green Deal itself limits the supply of resources,” he said.

According to him, international populism is already at the level of the European Parliament and European institutions.

The Belgian Greens suggest no mining activities in Natura 2000 sites. In our opinion, the EC is learning from the report in a negative sense. In a year or two, we expect to have rule-making initiatives in our country that will stumble the whole sector. It is necessary to act visionarily and strategically at the level of European regulation. This must be stopped as a process. There must also be a legal framework for Bulgarian investors to rest assured that they will not be nationalized, expelled tomorrow, etc. Exploration and prospecting studies are extremely expensive over time. The administrative burden must be reduced “, the expert was categorical.

Mihail Krastev, for his part, said that 1/3 of the territory of Bulgaria falls into Natura 2000.

“In our neighboring countries, such as Serbia, it is becoming a very important source of these precious metals for Europe. There is a huge investment of 2 billion euros, which is about the extraction of lithium. The direct positive effect on Serbia’s GDP will be significant. Billions of euros will be positive for the Serbian economy. This field and investments in Serbia will lead to many new jobs. Our neighbors are working very intensively in this sector and there are many positive effects there. Investments are also underway in Romania. The country has huge investments in copper and gold mining. These metals are extremely important for the modern economy. “The more Bulgaria lags behind, the more our neighbors will pull forward, ” Krastev warned.

” In the last 2 years, the demand for a number of raw materials, metals, basic necessities has grown tremendously. This has led to higher profits, revenues in the companies that extract them. This, in turn, has sparked a desire in many governments – in 34 countries there has been a significant increase in the so-called. resource nationalism. The budgets of these countries have been hit extremely hard by the COVID crisis. A search for alternative revenue for these budgets has begun. The first resource they turned to was mining companies. Many countries find it difficult to make investment decisions. These solutions are extremely capital intensive. “We need an administrative and regulatory measure that will not be changed in the event of any price fluctuations,” he stressed.

The expert expressed the opinion that the mining industry in Bulgaria should be developed. According to him, it is currently very effective. The specialists are at a high level, well paid. In the next 10-20 years, its potential for development will be extremely huge.

” Government measures in recent years aim to take more from mining companies. A very positive environment is being created in Serbia and Romania. We must be very careful that the state wants more and more from resource companies. It is very tempting to compare how much gold is mined. Resource nationalism must be parried along many lines. A stable strategy needs to be built, the contracts need to be revised. We need to position the country as well as possible in view of the green transition because the potential is huge. We must not lose this potential, “he added.

Vladimir Sirkarov expressed the thesis that the main recommendations of the report are very important to rethink, to discuss, and especially the people who make decisions, to be able to really realize how important this topic is for Bulgaria.

“First of all, there is a need to simplify the administrative processes for exploration of mineral resources. In the report, we have included an infographic, which is extremely indicative of how far behind Bulgaria is with its projects compared to much larger projects in the past around the world. In the report, we have given a very useful and important comparative table of the different countries. Political talk shows that there are serious intentions to increase these concession fees without a detailed analysis. “Some short-term positives for budgets can lead to some long-term damage to the budget and the business environment in our country,” Sirkarov explained.

He pointed out that Bulgaria has critically low levels of foreign investment, which is a big problem in a tense situation. According to him, our country is catching up with other European countries.

” We want to catch up with the income of our Western partners in the EU, but this is precisely through the accumulation of capital. In this line related to concession fees, great care must be taken. Let’s hope that the government will work sustainably in the long run and really work constructively, pro-business because added value is achieved through an effective business environment. I hope that a pragmatic approach is adopted, that positive practices are adopted from abroad. With the political will to change the model of benefits to conducting an effective awareness campaign, “said the expert.