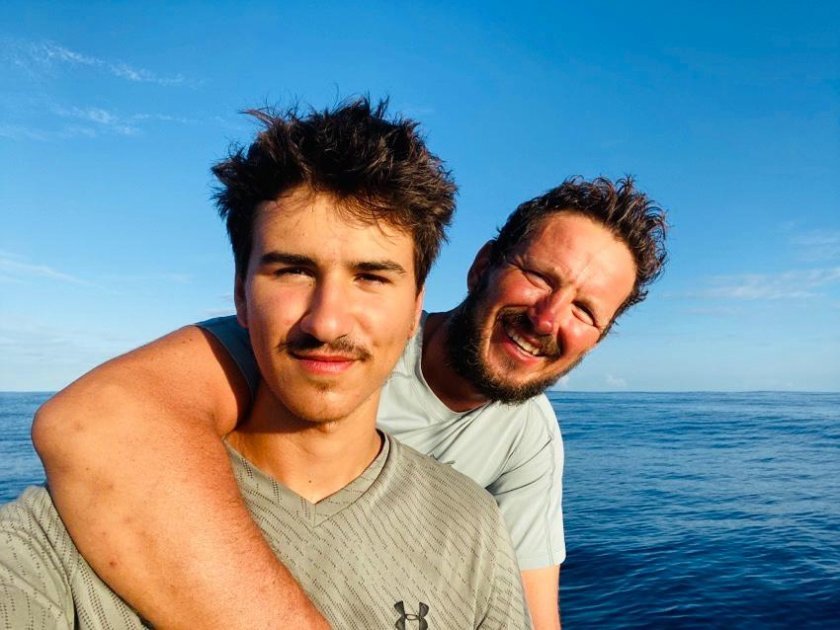 Maxim and Stefan’s expedition was dedicated to a special cause – stimulating the organ donation. The rowers supported the campaign ‘Yes! For Life!’. It aims is to increase public awareness about organ donation.

On 14th of June, the two Bulgarians set off from Portugal and after 105 days at sea , they arrived safe and sound in Barbados (Caribbean Islands) at 12:00 pm local time on October 6.

Maxim set a record becoming the world’s youngest ocean rower to successfully cross an ocean, according to the official register of the ocean rowing expeditions, Ocean Rowing Society. When the journey began in June, he was only 16 years and 293 days old.

NEVEREST became the first ocean rowing boat to cross the Atlantic east to west during the hurricane season.

The boat made a stop for 9 days on the island of Lanzerote (Canary Islands) so that Maxim and Stefan could repair the autopilot system and leaks in several warehouses of the vessel, which they built themselves for the purpose of the expedition.

This voyage is “the first ocean rowing expedition for Bulgaria.”

Stefan and Maxim spent more than 3 months in the ocean. Their small boat was hit by waves – “washing machines” – that’s what surfers in Brazil call the waves that come from all over.

Stefan and Maxim started as absolute beginners in rowing. There was pain – but they learned to overcome it. And so from Portugal to Barbados – it looks like a line on the map, but every point on this line, every day is a new challenge, a new test for the mind and body, the two told BNT in an interview on October 7.

After 105 days and only one stop, the two traveled 4,444 nautical miles in changing weather conditions.

Temperatures were from 9 to 38 degrees, in calm waters and tropical storms.

Shades of blue and horizon – this was the view for Max and Stefan for 105 days. The hardest part was the beginning.

“The boat was rocking more and more. You don’t know whether it would turn, how you would cope, whether you will be able to get out from under it. Then you get used to it, you enter the comfort zone again,” says Stefan Ivanov.

“It was very interesting for me to find out what it’s like to be in this vast expanse in the middle of the ocean, where there is no other living person,” adds Maxim.

“There was a time when we were advised to give up – our navigator Ralph Tuen, who had rowed in 9 oceans, strongly recommended that we look for a lifeboat and go ashore, as a series of many storms followed, but we had decided that in the boat we had built, which is like a capsule, like a space capsule, the storm can’t come to us,” says Stefan.

Pirates – they exist outside the movies. Maxim and Stefan managed to avoid a close meeting with them. They turned off the lights and rowed in the darkness.

They were also ambushed by sharks – 2 – 3, maybe 4 metres long. They named one Victoria – like their coach.

“We weren’t really scared. We lived on the boat and we knew there was no way they could attack us. I really wanted to see a killer whale from a close distance and I saw one about 20 metres away from me and it was amazing,” says Maxim.

At times, it seemed to them that they were rowing downhill, other times uphill. It felt like I was carrying my partner on my back.

“This is not only an incredibly interesting adventure, but also character building. It gives you countless life lessons that I will use,” adds Maxim.