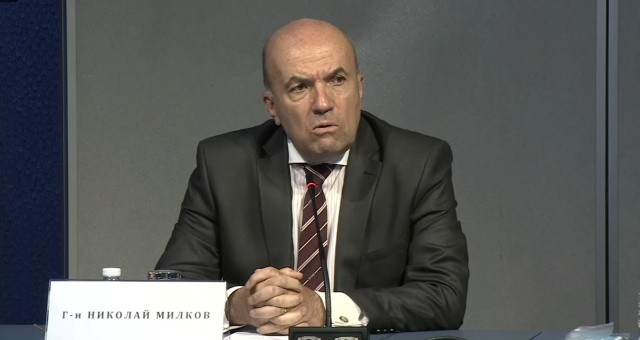 “With North Macedonia, we have a chance to solve problems that have existed for decades but were not seriously addressed. Now these problems have not been solved, but we have a mechanism adopted by the Bulgarian parliament, it is about the French proposal, it was adopted by the RNM parliament and there is a wide field before us to continue the work to clear up the controversial issues”. This was stated by Acting Foreign Minister Nikolay Milkov to BNT.

“There are prospects for such an improvement, as far as our work with the RNM government is concerned, the opposition’s attempts to use the attitudes of a part of the population for various purposes are worrying. There are forces that, with strong resistance, raise a false dilemma – European membership or the identity of North Macedonia. This is not the case, European membership is associated with a reassessment of the past and a number of propaganda clichés. Before entering the EU, every country must get rid of a part of these false paradigms in the historical process”, said Milkov. “This catharsis must be experienced there as well. I would like a national consensus to be formed in the RNM, we cannot rely on and talk to only one political party, we need to talk as a country to a country”, Milkov emphasized. “Let it not happen that the people with Bulgarian self-awareness in North Macedonia lose faith in the institutions that are called to protect their rights as well”, said Milkov.

According to him, the institutions there should not be used for repressive purposes. “We need a lot of clarification from our Macedonian partners. If there are reports of violations, we will react accordingly. We monitor the situation with increased attention and send signals that we should refrain from practices in the past”, said Milkov.

On the subject of the elections, Milkov said that their preparations abroad are ongoing. “We have permission for elections from Russia, there we will organize elections in our two representative offices in Moscow and St. Petersburg. This would cover the needs of the Bulgarian community. The situation is not clear for Ukraine, it depends on the situation. It is possible to reach a decision not to organize elections there due to the military risk. This will also depend on the activity of the Bulgarian community in Western Ukraine and Odesa region. A high voter turnout can be expected to the extent that it is realistic to do so in Bulgaria as well”, added Milkov. “We are ready for between 150,000 and 200,000 people who can appear in these elections as voters”, Milkov announced.

“The relations between Bulgaria and Russia are developing in a very narrow framework in the situation that Russia is waging a war in Ukraine, that we adhere to international law, and in this framework, we do not have much room for maneuver. Within the framework, if there is an opportunity to improve the functioning of our missions there, we could consider some possibilities, but the chances are not high”, Milkov added.

“Relations with Russia in Bulgaria are quite polarized, and any raising of a technical measure in the public sphere generates reactions”, the acting foreign minister emphasized. According to him, it is good to avoid unnecessary tension with Russia.