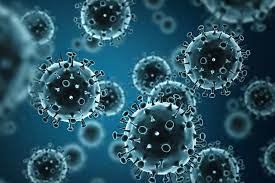 “I don’t tend to make predictions about how severe the flu wave will be, but there are two reasons why experts are particularly cautious. One is the data from the Southern Hemisphere, where Australia and New Zealand have faced their worst flu epidemic since 5- 6 years. The other reason is that public immunity to influenza has declined during the pandemic.”

This was said by the Chief State Health Inspector, Assoc. Dr. Angel Kunchev, at a press conference in BTA on the occasion of the European Influenza Day.

He announced that the flu vaccine in Bulgaria will be quadrivalent – against the “Victoria”, “Cambodia”, “Washington” and “Phuket” strains.

According to the specialist, the best time to get vaccinated against influenza is the months of October and November, in the last case until Christmas.

For the moment, the situation is calm both in Bulgaria and in the Balkans and Europe, Kunchev also said regarding the spread of the flu.

Usually in November we start to catch individual cases, in December the number increases and reachs the peak at the end of January – February, commented Kunchev.

90% of the flu vaccines under the national program for people over 65 have been distributed. A small number of GPs will receive flu shots by the end of the week, he said. Under this program, 190,000 doses of free flu vaccines will be provided.

“We are ready, if there is a lot of interest, for additional import of small quantities”, assured the chief health inspector.

“Elderly people and those with chronic diseases are a risk group and it is good to get vaccinated against influenza,” said Dr. Nikolay Brunzalov, deputy chairman of the management board of the Bulgarian Medical Union and deputy chairman of the National Association of General Practitioners. He reminded that the disease is serious and life-threatening.

“The flu has not disappeared. During the COVID-19 pandemic, flu illnesses were less frequent, but they were still there,” noted Dr. Valeri Tsekov from the Bulgarian Association for Innovative Medicine.

Eight respiratory viruses are routinely tested at the National Center for Infectious and Parasitic Diseases, announced Prof. Nelly Korsun, head of the “Influenza and Acute Respiratory Syndrome” laboratory. Currently, there is data on the circulation of common seasonal viruses.

According to health experts, immunization coverage against influenza in Bulgaria is low. They called for the protection granted by vaccines to be used.