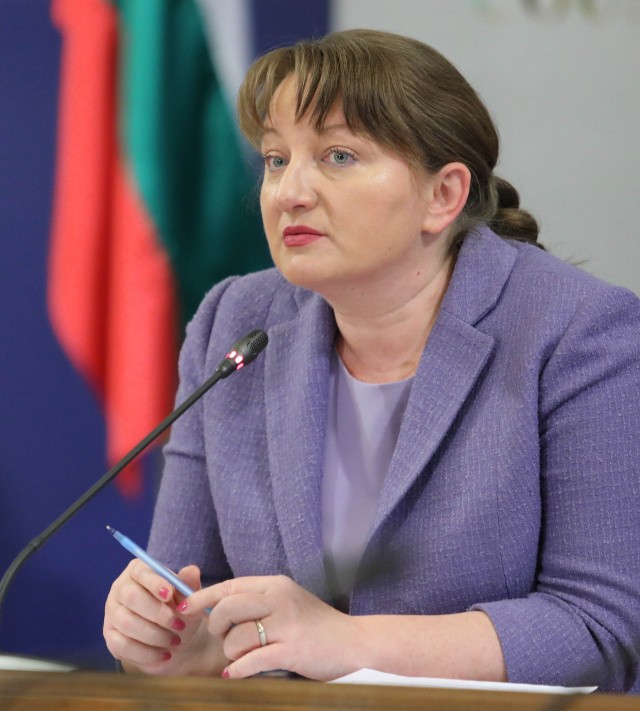 In April, Bulgarian retirees with a pension ranging from BGN 300.01 up to BGN 369, which is392 000 people, will receive additional BGN 120 for food. That would cost the state budget about BGN 47 million. With this BGN 120 they will have the opportunity to buy whatever they need, the money is targeted specifically for food products. This is what Minister of Labor and Social Policy Denitsa Sacheva told The Monitor daily.

“We chose this group of people because they will have a pension below the poverty line. People with a minimum pension are not included because they are most privileged after a pension increase because they receive a 20% surplus. Pensioners with maximum pensions are also benefiting, other pensioners are getting a 5% increase from July, and those with pensions from BGN 300 to BGN 369 need support and that is why we have provided a one-time BGN 120 bonus for them.

The National Social Security Agency will give a list of these people to the Agency for Social Assistance and the ASA will transfer the money to people so they have it available in April. We have paid heed to criticism that we should support people with low pensions through the welfare system,” she said.

About 480,000 food packages were handed out to those in need, and 4,000 people have been fed in the country’s public dining rooms. “Both types of support programs will continue during the new year. According to the latest figures, the support measure for families with children up to 14 years of age applies to more than 23 000 people and the funds paid out under it are close to BGN 20 million.

Under the Employed Parents support measure, 6,000 families received funds enabling them to hire a babysitter. I draw attention to the fact that we have increased unemployment benefits from BGN 9 to BGN 12, we have also changed the period within which these benefits can be received from 4 to 7 months. More than 250,000 jobs were saved under the 60/40 payroll support measure and about 30,000 jobs were saved under the 80/20 measure. More than 2 million pensioners received bonuses of BGN 50 from August to now. More than 664,000 people with permanent disabilities have received financial support every month,” the minister also revealed.

Sacheva does not expect the new 2021 to be less difficult for the social security system.

“We are yet to see the impact of the crisis that will manifest themselves in business and in the economic and social environment. We are ready to make the 60/40 measure last until September, but we have to be much more focused on support and probably not as generous as at the moment,” she said.

Asked how long the support for families whose children did not attend school because of the pandemic would continue, she said: “We have fully ensured the funds for this help by the end of this school year, until 30 June. Parents will be able to use it. BGN 73 million has been set aside for 2021 and the total amount is BGN 80 million for the whole school year. Parents can apply for any period in which their children are in remote learning or quarantine.”

To a question about the first 17,000 women who would receive a second pension in June, Sacheva announced that they will not suffer losses.

“We have also taken concrete steps concerning them, through the State Social Security Act we have enabled them to transfer their money either to the National Social Security Institute (NSSI) or to another fund. The decision whether to do so is very personal, everyone has to decide given the circumstances. I advise everyone to draw information from the website of the NSSI.

There is a calculator that would accurately determine the size of the pension according to each person’s record of service and income. We have also taken steps towards minimizing the reduction coefficient, which favours precisely the pensions of those women who will retire first. Political decisions allow people with second pensions not to be disadvantaged, on the contrary – we protect their interests,” Minister Sacheva concluded.