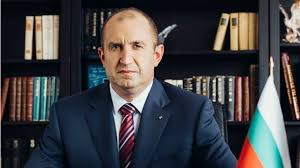 In a long interview for the national television Bulgarian president Radev made many comments on the situation in the country.

The debate over the coronavirus crisis itself should not be partisan.

We should not seek political dividends. To overcome this hardship requires humility, but also to point out the mistakes and shortcomings, because they cost us dearly.

It is required to minimize incompetent political interference, declared Radev.

The government is fleeing the crisis and scattering money in all directions, but the effect is not visible. And that’s why I don’t think we should blame people here for being unconscious or undisciplined. In this situation, the development of the crisis will depend much more on the attitude of the people to the pandemic than on the actions of the government, the president said.

Other countries have launched mass testing. And for free – it was recommended to us long ago. One million tests are done per week in Germany. We have a little over 800,000 tests since the beginning of the pandemic, but not 800,000 people are tested – we should be making the difference, the head of state added.

For his political ambitions

My party is the party of honorable Bulgarians – democrats and patriots. I meet them in the squares all over the country. What unites them is the belief that this political regime has been compromised, that we must regain law and justice for our society. Be sure that if I have to create a party, you will be the first to know, Radev addressed the host of “Panorama” Boyko Vassilev.

The President recalled that he had long stated that he supported every party that puts Bulgaria and the Bulgarian people first.