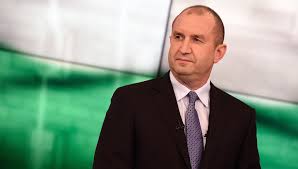 In a televised address to the nation on the evening of August 14, Bulgarian President Roumen Radev rejected Prime Minister Boiko Borissov’s proposal to convene a Grand National Assembly to come up with a new constitution.

Borissov had said in a video address earlier in the day that his GERB party would propose elections for a Grand National Assembly, to vote on several constitutional changes the party would table.

Radev, elected on an opposition socialist-backed ticket and who has been a constant critic of Borissov’s government, said that Borissov’s proposal showed disregard for the constitution.

“Protests have been going on for more than a month, demanding the resignation of the government and the Prosecutor-General,” Radev said.

“Confidence in the ruling majority has been irretrievably lost, as you know the changes in the Cabinet have not convinced anyone. The repressions, provocations and attempts to ignore the civil discontent only confirm the need for the requested resignations,” he said.

Radev posed a series of rhetorical questions, answering no to each. “Can the party-state, which methodically tramples on the separation of powers, initiate changes to the constitution? My answer is no.”

“Can a Prime Minister who has turned a parliamentary republic into an autocracy propose changes to the constitution? The answer is no,” Radev said.

A conversation about the constitution and the future of Bulgaria would be possible only after the resignations demanded by society and the holding of fair early elections, he said.