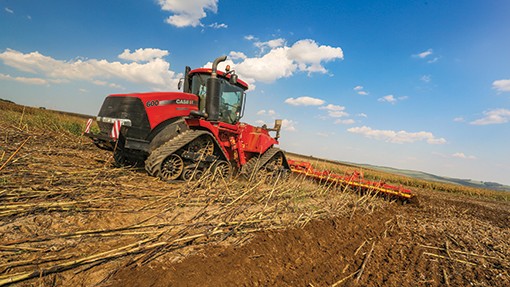 The Russian invasion of Ukraine has put Bulgarian agriculture in front of serious challenges due to the unprecedented increase in the price of basic production resources – energy, fertilizers, feed, uncertainty in the agricultural markets, and the crisis has further worsened the traditional low liquidity of small farms in our country. This is what the Minister of Agriculture Yavor Gechev said in front of the media.

“If the state had not taken measures to support farmers and livestock breeders with the state support scheme: ‘Liquidity of farmers to overcome the negative economic impact of Russian aggression against Ukraine’, many of them would have gone bankrupt, which would have put under risk the stability of the food supply chain, thereby endangering the country’s food security,” the caretaker Minister of Agriculture emphasized.

In order to deal with the negative consequences of Russian aggression, the Ministry has developed an emergency crisis measure for state aid in order to compensate the increased costs of farmers. Thus, for the period in which applications for state aid were accepted – from September 1 to 16, 2022, 37,042 applications for state aid were accepted, and nearly 36,000 were eligible and received aid. Due to the interest in the assistance, however, many farmers turned to the Ministry with a request to open a new window for assistance, and in November one was opened, and for the period from November 14 to 18, another 520 applications from farmers were accepted, and 488 of them – assisted.

Also, the sums received by some farmers have been reduced to the ceiling in the initially approved support scheme – 62 thousand euros per enterprise. This ceiling, however, does not allow larger farms in the affected sectors to be adequately compensated for the increased costs of cultivating agricultural land and rearing animals, putting them at a disadvantage compared to smaller farms. Thus, according to the instructions of the EC from 28.10.2022, the ceiling for support is raised to 250 thousand euros, and subsequently, the appointed budget of the scheme is also amended, which reaches 426 million BGN, with the livestock sector being supported with 204 million BGN, and plant breeding – with BGN 222 million.

In the “Livestock” sector, in all subcategories – for dairy cows, sheep, buffaloes and goats, the tied support jumps by an amount between BGN 4 and 19 per head animal, and in “Plant breeding” the state aid for growing vines, rice, nuts , salads, lettuce, okra, tobacco and zucchini jumps from BGN 1,000 to BGN 6,000 per hectare.