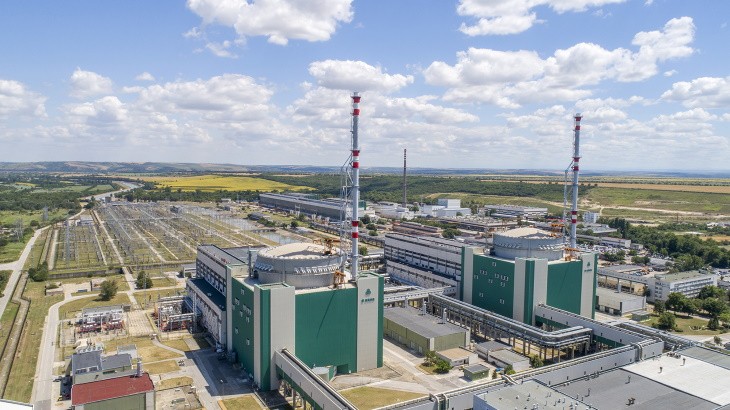 While some are losing out on rising electricity prices, others, such as electricity producers, are gaining. This is most clearly seen at “Kozloduy” Nuclear Power Plant, whose production costs are relatively low and constant (due to the long-paid investment in the plant), and the energy it sells on the stock exchange has risen sharply in recent months.

Thus, although record electricity prices were registered in November, and October is 50% more expensive than in September, the NPP’s interim financial report at the end of the nine months is still impressive. With equal production of electricity, revenues increased by over 70% on an annual basis – up to BGN 1.57 billion. However, the profit was almost three times higher – from BGN 245 million it increased to BGN 717.5 million. But much of that money doesn’t stay at headquarters.

Withdraw of the money

The NPP’s surplus profit, which significantly exceeds the forecast estimates, is literally taken away from the state in order to compensate the business for the expensive electricity with BGN 110 / mWh in October and November.

In any case, the state will demand another extraordinary dividend from “Kozloduy” NPP, as the business compensation scheme will not only continue in December and after the New Year, but most likely the amount of compensation itself will increase – from the current BGN 110 to at least BGN 170 / mWh.

Despite the regular and additional dividends paid, the available funds of “Kozloduy” NPP are increasing. From BGN 485 million as of September 30, 2020, they reach BGN 720 million as of September 30, 2021.
Given the stock market prices in October and November, it can be said with a great deal of certainty that excess profits and excess profits will continue. On average, the plant sells 1,000,000 mWh of electricity per month through the exchange, which at a price of BGN 368 / mWh in October makes BGN 368 million in revenues, and in November at a price of BGN 407 / mWh – BGN 407 million. The expected profit of this BGN 775 million revenue is about BGN 400 million. And this is only for two months. In December, another BGN 400 million turnover and a profit of BGN 200 million will probably be generated.