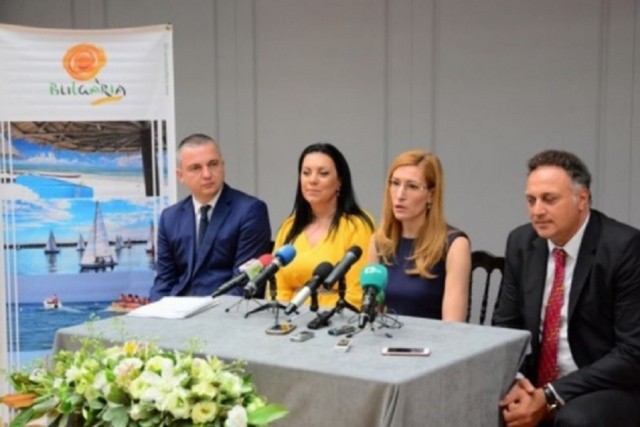 The Ministry of Tourism has started broadcasting the first three commercials, made together with representatives of the Association of Guides in Bulgaria, the ministry announced.

The initiative to promote little-known places and tourist sites is in fulfillment of the commitment made by the Deputy Prime Minister and Minister of Tourism Mariana Nikolova to the guides during a working meeting with them at the end of July. The aim is to encourage the work and demand of local guides, who are one of the most severely affected professions in the sector due to the COVID-19 pandemic.

The campaign includes the shooting of 20 videos, presenting lesser-known destinations and cultural and historical monuments in Bulgaria, but with great potential for development. In the videos, guides tell interesting facts about places and landmarks that are low attendance by Bulgarian and foreign tourists.

The first video shows part of the unearthly beauty of the Eastern Rhodopes – the canyon and the Arda river valley. This is one of the most picturesque places in our country, which is beginning to gain popularity in the last two years.

The second video is dedicated to the Rotunda “St. Georgi ”in Sofia. Hundreds of residents and guests of the capital pass by it every day, but few have entered it to see the five layers of murals. The rotunda is considered to be the oldest preserved building in Sofia, which was built in the early IV century.

The third video in this series is dedicated to a little-known tomb near the Haskovo village of Alexandrovo. Its size is impressive and the frescoes in it are well preserved. Next to it is the Museum of Thracian Art, which houses one of the first processed gold in the world.

This campaign will create an intriguing series that is interesting in itself. Over time, it can be supplemented with more episodes from different locations and in different seasons. The objects were photographed in a professional and beautiful way. In this way, the goal is to strengthen the image of Bulgaria as a magnificent place filled with many places to travel. The sites and places for filming are chosen in close coordination with the tour guides.