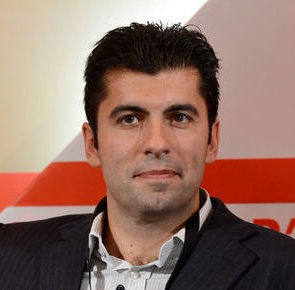 Bulgarian Prime Minister Kiril Petkov announced, after his two-and-a-half-hour interrogation at the Sofia City Prosecutor’s Office over the possible extortion of Vasil Bozhkov by former Prime Minister Boyko Borissov and former Finance Minister Vladislav Goranov, that he had given the same information as in his first interrogation at the prosecutor’s office, but with more details. On March 18, Borissov and Goranov, along with GERB PR Sevdelina Arnaudova, were arrested for 24 hours by the Interior Ministry in this case.

“I explained in detail that there are several things that concern me personally – the report of ASFI (Agency for State Financial Inspection) according to which there is damage to the budget of over 550 million levs. Based on the fact that Vasil Bozhkov did not pay the funds he had to pay, the budget was damaged. On the other hand, if his information that he gave BGN 60 million in the form of bribes and money against extortion turns out to be true, these two facts worry me personally as Prime Minister,” said the Prime Minister.

He stressed on a report by the Ministry of Finance that the agency auditing all EU funds, controlled at the time by Vladislav Goranov as finance minister, “somehow overslept or did not see that in many municipalities many of the public procurements are were conducted in such a way that there is over 90% concentration with only one contractor of European projects”.

“These three facts together worry me personally,” said Kiril Petkov, adding that the connection he has in these three cases is Goranov, who was responsible.

Asked by reporters who the contractor of the European projects was, the prime minister said it was an investigative secret and it was illegal to reveal it. Also, according to him, there were no new defendants in the investigation of the prosecutor’s office for possible extortion of Bozhkov.

Asked what he expects from the Supreme Judicial Council (SJC) in connection with the request of the Minister of Justice Nadezhda Yordanova to remove the Prosecutor-General Ivan Geshev, he answered that as Prime Minister he did not trust Geshev and “I would be very glad to see the SJC do their job and carefully review the arguments of the Minister of Justice because for me they clearly show that this Prosecutor-General must resign or be removed.”