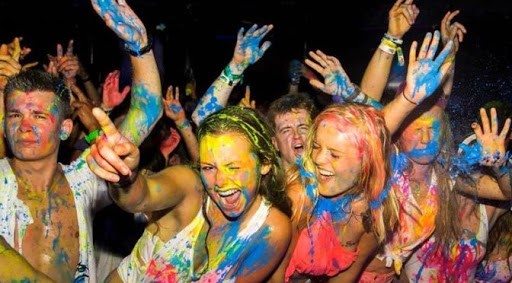 For yet another year Bulgaria’s Sunny Beach Black Sea resort is at the top of the British Fasting rankings for the best-value place to relax in Europe. The ranking is based on the prices of eight popular products and attractions during a vacation relative to the rate of the pound.

“If last year in Sunny Beach the visit of two people to a restaurant, which includes dinner with a bottle of wine, plus coffee, beer, sof drink, mineral water, sunscreen and mosquito repellent, cost a total of 30.68 pounds, then in 2021 the worth of the consumer basket in question has fallen to 27.71 pounds (about BGN 63). This makes Sunny Beach the cheapest resort for British tourists in Europe,” the Daily Mail writes.

Moreover, the vacation cost in the Bulgarian resort has dropped by as much as 11.2% compared to last year, which is the biggest drop in the ranking of Post Office Travel Money for affordable vacation.

The publication notes that according to the government sources, tourism in Bulgaria will pick up speed in time for summer season. However, whether the UK citizens will be able to travel freely in the summer depends on the development of the pandemic and agreements to be reached between the different countries.

Last year, the UK negotiated “green corridors” with a number of countries, but Bulgaria was not among them. Currently, Britons returning from Bulgaria are subject to a 10-day quarantine and must take two additional coronavirus tests for a 210-pound, which is almost the price of a vacation package in our country.

After Sunny Beach, the Turkish resort of Marmaris, the Portuguese Algarve and Spain’s Costa del Sol are in the ranking of the cheapest tourist destinations in Europe, with vacation costs of 42 to 58 pounds.

Meanwhile, it became clear that the first organized tourists in Sunny Beach are expected to arrive on 25 and 26 March. They are from Israel and there are two planned charter flights for them, the Honorary Consul of Israel in Burgas Orlin Mandov told BNR.

The planes are expected to land in Varna with about 200 tourists from Israel because of the repair of the runway at Burgas airport. By buses they will be transported and accommodated in hotels in Sunny Beach. “However, these are still only initial plans. There is no permit yet for flights from Israel to Bulgaria, we expect this to change and by March 25 and 26 things will look completely different and there will be flights,” the consul said.

Flights from Israel to the Bulgarian Black Sea coast are also scheduled for the end of May.