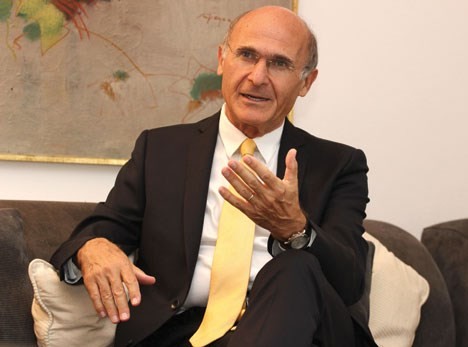 The question is whether we should respond in a patriotic way to the Bulgarian declaration or whether we should act wisely. Patriotic behavior is always profitable because it does not carry any personal risk, neither for politics, nor for his party, nor for the intellectual. It is always popular among the people.

However, no one was responsible for the reckless “patriotic” adventure with the antiquity of our country, the reddest of all our red lines, which stopped the process of finding a solution and raised the price of compromise with Greece to the skies. Exactly the opposite. Those who raised the price to the skies today claim that with the Treaty of Prespa we have paid too high a price. They are right about the price, but not who is to blame for this excessive price. At the same time, however, we realized that in an ideal world, one nation cannot impose a name on another, but in reality we have seen that in practice. And what about the three decades lost due to a misunderstanding of the real world and international politics?

Thus, in the case of Bulgaria as well, it would be wiser not to reduce the already narrow room for maneuver for the diplomatic decisions that our country so desperately needs with red lines.

As noted by the more moderate people of the neighbors, who used the metaphor for the Bulgarian state policy with the rabbit that has entered the hole and so the diplomatic space is sufficiently closed with the Declaration of the Bulgarian Parliament and the Memorandum of the Government. And too much. Bulgaria, as an EU member state, has a complex and delicate mission, and this is to achieve stabilization of the region through the membership of RS Macedonia and Albania in the EU, to achieve its national interest related to the common past with us Macedonians.

However, neither the EU, much less NATO, will allow Bulgaria’s national interest to be realized by destabilizing our country and the Balkans. However, we must be reasonable: Bulgaria is not the country looking to start negotiations with the EU, but RS Macedonia. We must realize that the way out of Macedonia’s confrontation with Greece has shown the path of the parties in Bulgaria: The uncompromising Greek behavior must simply be repeated. Thus, the Bulgarian Declaration and Memorandum included a huge inventory of issues, not only from history, but also issues related to the modern Macedonian state, nation and language.

Despite the fact that these demands and accusations were sharply sent to today’s Macedonian generations about what happened in the past, when they were not born, they, as a member of the UN and NATO, must face and meet this challenge. In what way? With counter-resolution or with wisdom?

The draft resolution of VMRO-DPMNE is just such a counter-resolution, which may be popular among Macedonians, but will not solve the problem and open the way to EU membership. There is not a word in it that we must first conduct a strategic dialogue with ourselves and formulate our modern Macedonian fairy tale much more clearly and then start a dialogue with Bulgaria. No matter how late it is, we need this dialogue at home in the conditions of free expression, without dictates from a party that decided everything, as well as for the dialogue with Bulgaria, which is no longer behind the Iron Curtain, but is member of NATO and the EU.

Then the question arises, why does the party of Macedonian nationalists repeat the same mistake with Greece and risk burying the country in one place for years to come? Why is Bulgaria repeating the same firm approach to us as Greece three decades ago? It’s confusing, isn’t it? No, that is the political logic. Despite the fact that once this happened, if something is sold on the political market, if there is demand, then the party’s proposals are obvious.

For a nation that was challenged long before independence, patriotism and the defense of national dignity are very important. However, the old rule in politics is still valid: The greater the external pressure, the more powerful the internal applause. All Macedonian parties are aware of this. But, in this patriotic bidding with the SDSM opponent, the initiator of the resolution also promises the impossible: Equality between an EU member state and a candidate country, as well as negotiations under international law. In the real world of international politics, however, such a thing does not exist.

Credit: Denko Maleski, the first foreign minister of independent Macedonia. When the dispute with Greece arose, Maleski publicly called for a speedy resolution. In the spring of 2019, after writing that we were one nation and Gotse Delchev was Bulgarian, he was subjected to a public lynching, reminiscent of the times after 1945, when everyone with a different opinion was persecuted and anathematized. President Stevo Pendarovski immediately fired him as an adviser “due to reduced budget funds”. Maleski is a professor of international relations at the University of Skopje. The comment was published in Plusinfo.mk