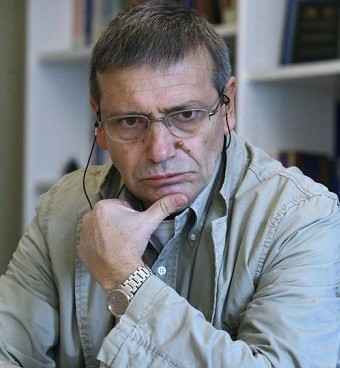 Even if Bulgaria’s membership in the Eurozone is not approved, this does not mean that any sovereignty of the real monetary policy of the BNB will be preserved. An analysis by Krasen Stanchev, ClubZ.

The transfer of “sovereignty” from the central banks of the Member States of the European Economic Community (EEC) has been a de facto reality since 1979 when these countries began to use the ECU as a unit of account based on its exchange rates against individual currencies. .

In the meantime, the EEC became the European Union (EU) on 1 November 1993 and accepted new countries. For them, first, the ECU and then the exchange mechanism are already a given. But there are some important details.

This exchange mechanism has been at the heart of the euro area since 1 January 1999.

Negotiations for membership of the new countries began in 1998-1999 with the already existing monetary union (i.e. the Eurozone) of the core of countries that are already part of the EU. That is why the exchange mechanism is part of the membership agreements.

With their membership agreements, those who joined the EU after 2004 accept the current situation, in general, but also in these two specific senses.

They have the freedom to decide exactly when to join the Eurozone.

Calling for a referendum on Eurozone membership is in fact an idea for a revision of the EU membership treaty. This would be unconstitutional.

Holding such a referendum and even an abstractly possible decision not to approve Bulgaria‘s membership in the Eurozone does not mean that any sovereignty of the real monetary policy of the Bulgarian National Bank (BNB) will be preserved, nor that this sovereignty would be a good thing.

The historical experience of Bulgaria shows that the BNB has very rarely had pure international independence of its issuance policy. For countries like Bulgaria and 185-190 other countries in the world, this is practically unattainable.

One of the historical publications of the BNB shows (author of this part Rumen Avramov) that until the First World War the BNB was looking for a monetary or metal standard to which to “attach“.

After this war, the BNB became something like a “currency board” run by foreigners.

Few are outraged by this fact. Before the Second World War, the lev (BGN) became part of the clearing payments of the Third Reich mark, and after that – of the clearing system of the Soviet ruble. (Again, there is no murmur about the sovereignty of the BNB.)

In all these years there have always been problems with banking supervision, except in 1944-1989 – because then supervision was not banking.

For those who do not know: the most probable and real reason for the death sentence of Traicho Kostov (himself the main culprit for state terror after September 1944) is the fact that he considered the country’s needs for post-war reconstruction funds not in rubles but in US dollars.

The “independent” monetary policy for the whole period from 1944 to 1991 was sovereign (free) compared to only the normal logic of central banking.

As part of the ruble zone, the exchange rate against convertible currencies was rather fiction; in February-March 1990, the independent exchange rate of the lev against the US dollar turned out to be about 18 times lower than the market rate.

In 1989-1991 the BNB remained completely dependent on the government until January 1991.

Until the end of 1994, the BNB was relatively sovereign compared to the party majority in parliament; after May 5, 1995, it quickly became completely dependent on government policies. This does not mean that its policies were sound and that there was no informal influence from politicians and no direct influence from the policies of the governments of that period.

After March 1, and especially after July 1, 1997, so far is probably the longest period of independence of the Central Bank of Bulgaria.

If I have to draw a few conclusions from what has been said so far, I will state the following, without claiming to be exhaustive.

1. After the transformation of the BNB into a currency board in 1997, the longest period of real independence of the central bank in the history of Bulgaria took place.

2. In the years to come, the BNB has acted as a major factor in the longest period of economic growth, public finance health and general well-being.

3. It has always been possible to go “fishing” or pick herbs with any governor or member of the BNB, especially if you are a Bulgarian owner or manager of a bank. In addition to fixing the exchange rate against the German mark and the euro, respectively, bans on government and bank financing are crucial.

4. Now the BNB can choose in whose currency and securities to keep the reserve of levs in circulation.

5. Since 1997, it has been the period of greatest and longest-running freedom of the central bank since 1879.

7. The most important thing is the sovereignty of the people in their politics. Therefore, the metal or some similar to the metal standard in monetary policy is the best option if the central bank does not save (finance) the government and banks.

8. What is said here, in the end, applies to the BNB as well as to the ECB.

9. The controversy over “civilizational” choice is somewhat fictional. On the one hand, it is already done. On the other hand, for both pro-Russian parties and politicians, NATO and EU membership is vital. Without the first, they would have fewer opportunities to help the Kremlin, without the second membership, they would not be able to hinder their neighbors. Thirdly, there is a very important difference between these parties here and in Hungary: there they take from the Russian Federation and sell to the West; in Bulgaria, the idea has always been since 1981 for governments to borrow from the West to pay in the east to Russian state-owned companies. From an accounting point of view, the EU and the countries of the Western Balkans are revenue for the Bulgarian economy, and Russia is an expense. Fourth, the competition between the parties and politicians in these two carriages has reduced the price and cost the Kremlin almost nothing.