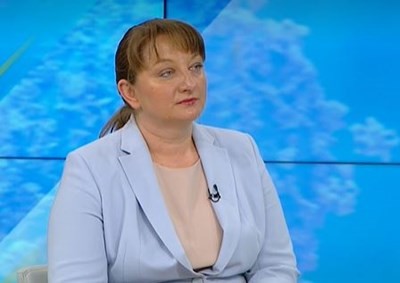 Anti-corruption protesters have been on the streets of Bulgarian cities since July demanding the government of Prime Minister Boyko Borissov step down. Bulgaria has the lowest GDP in the European Union and has been listed as the most corrupt country in the EU for seven years in a row.

Tim Sebastian, DW Conflict Zone, asks Denitsa Sacheva, the country’s labor and social policy minister, how she continues to serve in a government that has done so little to crack down on organized crime.

Tim Sebastian: When is the government going to get the message and resign?

Actually, the protests started two months ago but they combine variety of different messages. Some of the messages, those messages that are for better juridical system, for more justice and for fight the corruption. These are messages that we hear and we do want to pursue in our politics.

Tim Sebastian: Well, the message from the opinion poll is pretty clear, 70% distrust the government and the personal confidence rating of the Prime Minister has dropped to just 20%, the lowest rate in years, so the crowds are telling you they don’t want you, they don’t want your new draft constitution, they want immediate ellections, so why not give them to the crowd?

Denitsa Sacheva: Because there are not more than 6000 people on the street and there are more than one million people who have voted for this government. And also the regular elections are just scheduled six months from today.

Denitsa Sacheva: I wouldn’t agree with your strong words about violence because I can tell you that there are more than eighty police officers that are actually now in hospital and that against them has been a lot of voilence on behalf of the public.
And when do you talking about the role of the president it is really very interesting that actually it is the president the one that must be talking about the unity and must be opening a dialog and, on the contrary, he is actually fueling the violence and is giving spirit of hatred.