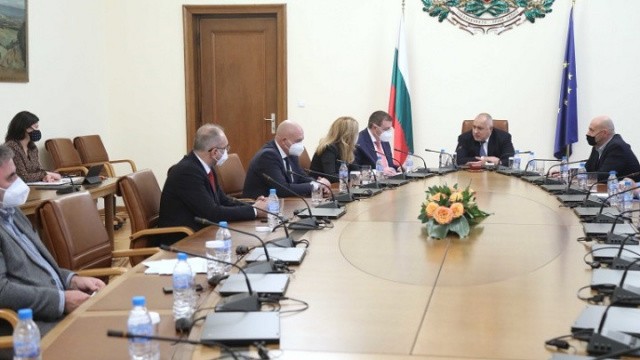 The support provided by the government to preserve jobs and to help businesses in Bulgaria amounts to nearly BGN 2 billion since the beginning of the pandemic. With the funds already paid out under the measures launched by the Ministry of Labour and Social Policy, amounting to around BGN 1 billion 300,000 jobs are saved and the risk of double increase in unemployment in the country is prevented.

As a result, at the end of last year, unemployment in Bulgaria reached the lowest rates since the lift of the state of emergency in May, and is currently also below 7%. The Ministry of Economy has allotted funds that have reached the businesses to the amount of BGN 550 million, with a further BGN 440 million are being currently paid off.

This was reported to Prime Minister Boyko Borissov in the framework of a working meeting that the Prime Minister convened at the Council of Ministers with members of the government.

Economy Minister Lachezar Borisov pointed out that the implementation of a support plan by the National Revenue Agency, which also required legislative changes, is already underway. “8163 companies will receive nearly BGN 116 million under this measure.

The reserve list of micro-companies requesting support is also approved. More than 21,000 companies with BGN 173 million have already received aid. We promised the business that the reserve lists would also be reviewed. The payment to them is currently underway, with 3,354 micro companies receiving about BGN 26 million more”, minister Borisov reported. As regards the procedure for medium-sized enterprises, invitations have already been sent to absolutely all companies that have successfully passed the assessment and the business is currently expected to present its financial reports and sign contracts.

Under this procedure, 1 703 draft proposals will be financed with a grant of BGN 233.6 million.

Deputy Prime Minister Tomislav Donchev pointed out that all measures are financed from the state budget, the European funds or the SURE instrument.

“Whatever measures to support both businesses and employment have been implemented, none of us have any claim that these measure can replace real business. These are measures that aim to preserve workers and businesses, not to compensate for normal turnover,” Donchev said.

The Deputy Prime Minister also refuted the speculations about the government’s priorities.

“Because there has been speculation about what is a priority and what is not – everything is our priority. Every company is our priority, every worker is our priority. And if restrictions are imposed somewhere, it’s not because we have a more lenient attitude towards some sector. This is only in the case where their functioning conflicts with healthcare and poses risks to health and life”, added Donchev.

After the working meeting, Prime Minister Boyko Borissov also convened an extraordinary government meeting, at which a decision was taken to extend the deadline of the emergency epidemic situation until April 30.

The Prime Minister ordered the Minister of Health to prepare an order clearly descripting the deadlines for the gradual loosening of the restrictive measures.

With regard to the work of restaurants, pubs and nightclubs, Prime Minister Borisosv asked the Health Minister to hold a meeting with their representatives and discuss possible solutions for the industry.

One option is to let them open as early as the beginning of February at 50% capacity and with working hours until 10.30pm, in which case there is a risk that they will be closed again if the epidemic situation worsens. Another option for restaurants, pubs and nightclubs is to open from 1 March and to support them until this date.