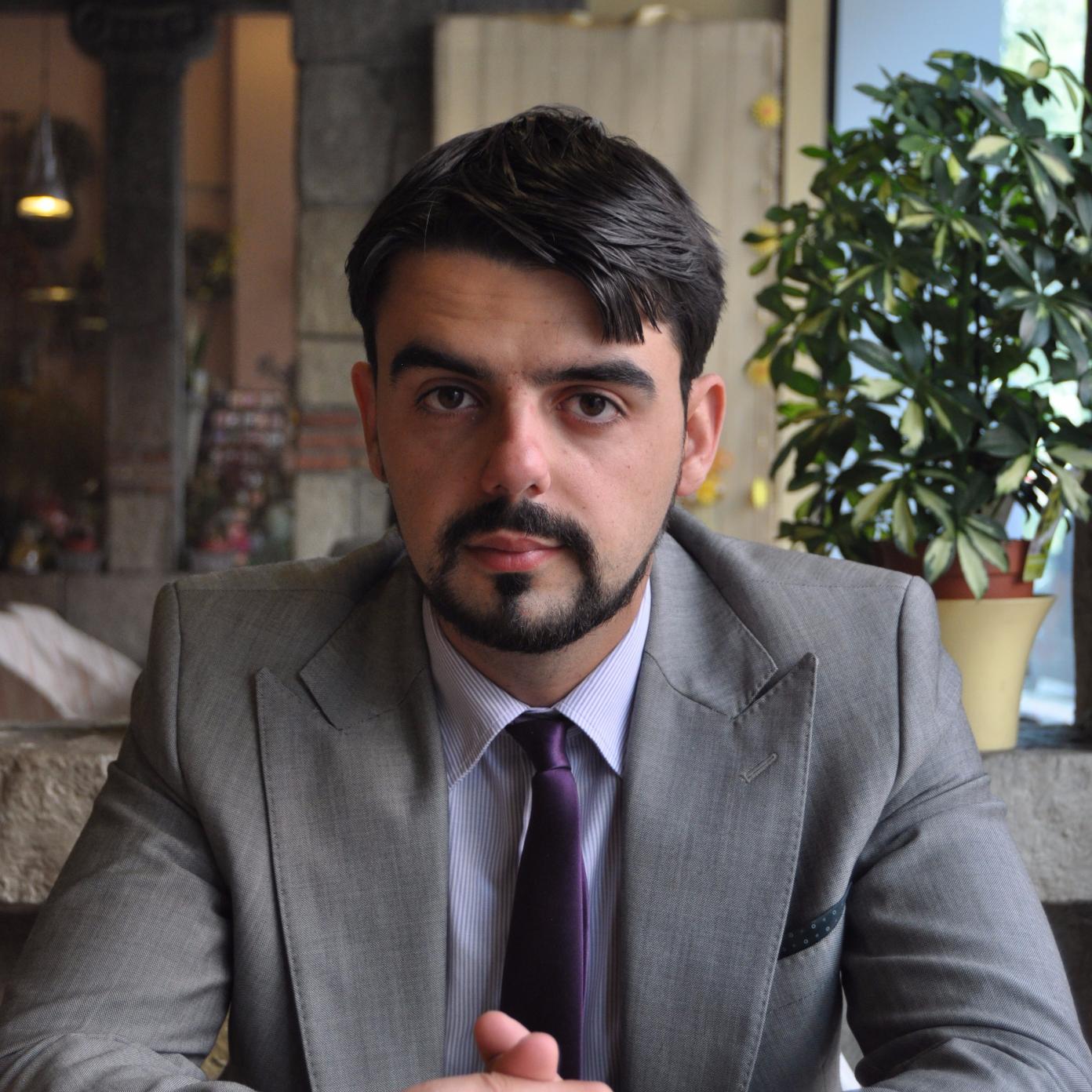 Martin Vladimirov is an analyst for the Economic Program of the Center for the Study of Democracy. His work includes an analysis of the energy security of Europe and the Balkans, the energy transition, alternative energy technologies and geopolitical dimensions of energy and financial markets, including an in-depth review of the elements of Russian and Chinese economic influence in Europe.

– Mr. Vladimirov, we are seeing major changes in global energy policy. How exactly can Bulgaria fit into this process?

– Bulgarian energy policy is at a crossroads. This is because, on the one hand, Bulgaria has undersigned the European framework for a long-term energy policy for de-carbonization and change of the energy consumption structure and production. On the other hand, Bulgaria is hostage to its long-standing political, not so economic, energy framework based on dependence on coal technologies and industry. On the other hand, there is dependence on major energy projects financed and promoted by Russia.

Against this backdrop, the Bulgarian energy policy is trying to satisfy the interests of everyone, and therefore the strategic documents that were made public, including the Integrated Plan “Climate – Energy” and the national strategy, made it clear that the government will try to channel its efforts in all directions – something that is impossible. Every country faces such an energy “trilemma”. The governments must choose between security of supply, affordable electricity price and its environmental compliance. In practice, it is impossible to attain all the goals together. That is, you should always choose two of three options.

Bulgaria also faces geopolitical dilemmas. Our country is part of the Euro-Atlantic community and must respect the ideas, policies and values of national energy security. In this respect, our country must move towards diversifying energy sources and reducing its dependence on countries that are adversaries and even enemies of the alliances in which we participate. I’m talking about Russia and our NATO allies.

Over the years, we have shown that in the field of energy security we prefer to delay the achievement of the goals of diversified energy supply, market liberalization and integration in the region and reducing dependence on Russian energy resources. As we have noted many times in the reports of the Center for the Study of Democracy that Bulgarian energy policy is dependent on the interests of local oligarchic circles and very often by foreign states’ interests.

Mostly those of Russia. In many of these projects, we see an attempt at cooperation between local oligarchic networks and the Russian state.

Bulgaria cannot shake off its dependence on the major energy projects, which are Turkish Stream and Belene NPP, precisely because decision-making is not based on a long-term strategy, part of our national priorities in line with our European policy. Our decisions are more the product of lobbyists, oligarchic interests, who benefit directly from maintaining the status quo.

And sticking to these projects doesn’t bring us any closer to European green policy goals, does it?

– Precisely – instead of moving forward in synch with the development of Europe’s energy policy, promoting renewables and putting more effort and finance into reducing energy consumption and improving efficiency – i.e. pursuing a transformation in the way of consumption and production, which should be the overall concept of how our economy should function. In this order of thought, I would like to stress that the Center for the Study of Democracy is working on an online tool – an EU calculator – through which different scenarios for the development of the Bulgarian economy are being developed. We are developing this calculator together with a Belgian institute, with the aim of giving politicians and state experts the opportunity to interactively model the future of the individual sectors of the economy. The aim is to achieve a low-carbon future by 2050.

The question is what policies and trajectories the politicians will prefer.

So far, we do not have access to such software or public tools to help us choose which is the most faithful path to achieving the brighter future.

– What do the data show for Bulgaria?

– We base our analyses on the historical data about Bulgaria that the government has published. And based on these studies, the policies that exist and the strategic documents in the economy, we draw up different scenarios. One scenario isour reference in which we explore the option of creating new policies to promote the transition to a low-carbon economy in the absence of ambition for it.

Given such a scenario, we cannot expect much change until 2050, but nevertheless, on the basis of private investment and changes in the economic environment, emissions reductions are still observed. However, it is much slower and we are actually failing to achieve Europe’s 2050 targets. We also have scenarios for a more ambitious and long-term de-carbonization policy in the transport, industry and agriculture sectors.

– Green EU policies also mean a change in prices for consumers. How can we explain this to the people in our country? After all it is difficult to explain to the poor why these green policies are important.

– A very important, basic solution is to refer the topic of energy poverty, in whole or at least in part, from the social ministry to the energy ministry. This is largely an energy problem. Many experts and policies offer excuses and say that energy poverty is simply a product of general population poverty. It’s a self-disarming opinion and attitude to the world. It is clear that energy poverty is a huge problem in our country. But it can be overcome with concrete measures that change the life situation of the most vulnerable groups without fully affecting pricing or other economic sectors and without unnecessary energy consumption.

The liberalization of electricity and gas prices can be combined with targeted measures to help the most vulnerable groups, but not just give away money to buy wood, or worse, to buy coal. The solution is real investment in transforming the way these consumers use energy. That is, free financing of gasification, energy efficiency, renovation of buildings and replacement of obsolete heating appliances.

It is much more advantageous in some cases instead of giving energy aid to support households, to link this support to a change of the heating appliances that are used. Unfortunately we see this only at the local level in Sofia, but this practice should become ubiquitous and be applied under very good monitoring criteria, so as not to face a paradox: for example, municipalities start handing out air conditioners free of charge, and suddenly a secondary market for such appliances emerges, because people prefer to profit from the sale of the appliances.

This needs to be incorporated into a comprehensive strategy for tackling energy poverty, and we don’t have one. At the moment, this is part of the general social policy and is lost somewhere among other activities in support of poor people. There has to be something much more purposeful, like measuring the effect. This should also be in line with the policy of improving air cleanliness.

– To achieve this transition to an emission-free economy we need energy sources, don’t we? Could these be natural gas and nuclear energy?

– It is obvious that natural gas, at least during this decade, will be a transitional fuel. However, Europe has already taken a turn and it is clear that it does not expect natural gas to be a long-term solution to the problems. Despite the intentions to exclude natural gas from funding sources and from Europe’s vision in general, societies have advanced so much that we are unlikely to be able to easily give up natural gas.

The same is true for nuclear energy – these power plants will continue to play a key role of basic power in many countries, including Bulgaria. Our models show that Kozloduy NPP will continue to play a key role in our energy sector until 2050. But new capacities, fueled by both natural gas and nuclear electricity, are currently uncompetitive if they sell electricity at market prices. Such projects may not be implemented on a private basis and on a market principle. Simply, the production price of these capacities is much higher than the average energy market price in many countries of Europe.

-What do you think of the new American politics and the green course that President Joe Biden is taking? Can we also expect a hint at nuclear power there?

-To a large extent, the new US administration’s policy is a follow-up of President Obama’s policies. He had embarked on a long-term de-carbonization strategy. I expect investment in HPP technologies to intensify further now – the US is currently world’s No.2 in investment in green power plants, after China. And this has been achieved on a market basis, despite the many state-level constraints like in California, for example. So this process of building HPP will not slow down, and will even be accelerated now. I expect much greater cooperation between the US and Europe in the fight against climate change. I wouldn’t be surprised, for example, if the Three Seas initiative launched by Donald Trump’s administration is redirected to funding projects such as large renewables or improving electricity system connectivity. Why not projects for offshore wind farms, green hydrogen and others. The focus may now be shifted from geopolitical projects, such as gas pipelines, and the world will switch to new technologies.