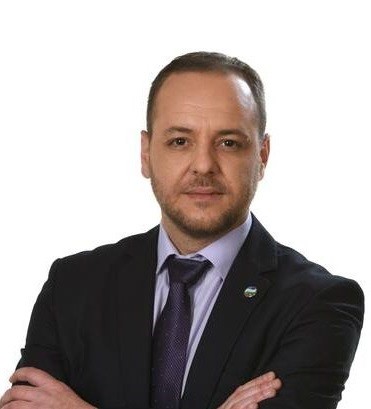 “Bulgaria may end its dependence on Russian gas by 2027”, Environment and Water Minister Borislav Sandov said in Brussels, where he is attending a meeting of the EU Environment Council.

According to him, an alternative to Russian oil can be found much earlier:

“We can make changes there very quickly because Lukoil turned out to be a Swiss company. We have intensive talks with them and they are ready to change supplies very quickly and switch entirely to external supplies.”

According to him, the challenge is greater in the supply of natural gas, especially because of the “criminal” delay in the construction of the connection to the Greek gas transmission network. Sandov pointed out that when this connection is ready, our country’s dependence on Russian imports will be halved.

As for the Russian nuclear fuel for Kozloduy NPP, Sandov pointed out that Bulgaria has enough for another year and a half, after which, according to him, deliveries from the American company Westinghouse are possible.

The state will try to redirect nearly BGN 50 million, unspent under the Operational Program “Environment”, to improving the systems for response to disasters and accidents, said Minister Sandov.

In response to a question, Borislav Sandov said that there is a danger of Ukrainian nuclear power plants for Bulgaria and this should not be hidden. There is still no serious radiation from something that happened in Ukraine. The danger comes from the vulnerability of these plants to attacks and shells that fall near them. On the other hand, it is necessary to keep the reactors cooled so that they do not overheat.

However, he expressed hope that Russia would not attack Ukraine’s nuclear power plants:

“I believe that the Russian military action itself will not have a suicidal effect, because it is still on the border with Russia, very close to Russia. It would really affect them, but it is definitely a risk for the whole of Europe, for the whole world and I believe it will not get there.”

According to him, the war in Ukraine, caused by Russian aggression, not only does not diminish the issues of nature conservation and energy transition but creates more conditions to accelerate the process, especially in renewable energy – the path to energy security and independence. Bulgaria has a special interest in this regard because we are very dependent on the import of energy resources from Russia, and at the same time we have good conditions for the rapid entry of new energy sources, he explained. There are many investments “waiting at the door”, 16,000 megawatts, for example, Sandov said. According to him, it is possible to build an energy storage plant in the area of ​​the “Maritsa Iztok” complex under the economic recovery plan.

The Deputy Prime Minister noted the possibility of wider use of solar panels. He pointed out that the sustainability plan will finance not only the renovation of buildings but also the production of energy in buildings from renewable sources.