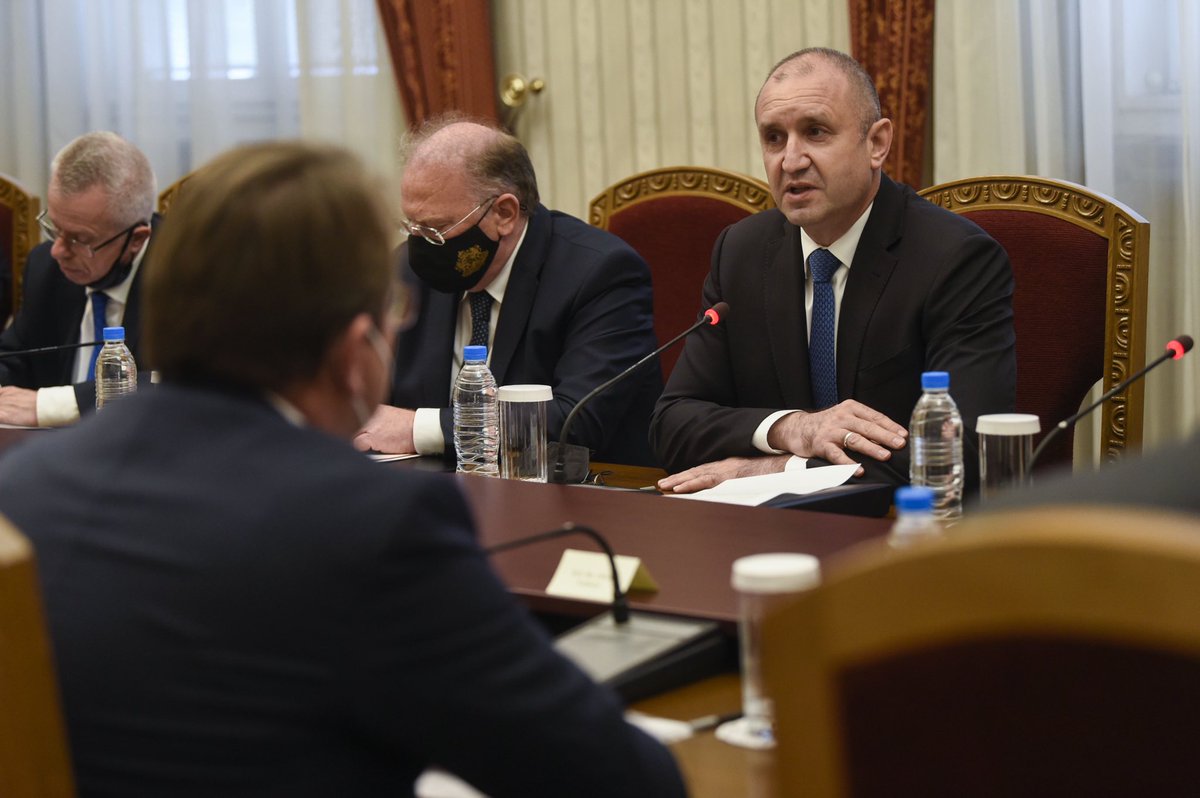 European Commissioner for Neighbourhood and Enlargement Oliver Varhelyi paid a one-day working visit to Bulgaria on Tuesday. In Sofia, Varhelyi met with Bulgarian President Rumen Radev, who said, quoted by his press secretariat, that Bulgaria expects effective action from the institutions of the EU to promote the values of democracy and respect for human rights in the Republic of North Macedonia.

Caretaker Minister of Foreign Affairs Svetlan Stoev also took part in the meeting. Rumen Radev stressed that 120,000 Bulgarian citizens in North Macedonia are also citizens of the EU, and Bulgaria relies on the support of European institutions for the effective respect of their rights.

Achieving progress in the process of European integration of the countries of the Western Balkans was the focus of the conversation between Rumen Radev and Oliver Varhelyi. Bulgaria is most interested in seeing its neighbors in the EU, but this requires the fulfillment of the Copenhagen criteria for membership by North Macedonia, especially respect for human rights and the principles of good neighborliness, which are at the heart of European cooperation, stressed the Bulgarian President.

The head of state also pointed out that the declarations and promises in the dialogue with North Macedonia no longer work, and Bulgaria expects clear legally binding decisions that will lead to sustainable and irreversible results. This will also accelerate the process of European integration for North Macedonia. Rumen Radev reminded that the Treaty of Friendship, Good Neighbourliness, and Cooperation with the Republic of North Macedonia signed in 2017 is not being implemented, and Bulgaria’s southwestern neighbor has not yet solved the problems with hate speech, with the false image of Bulgaria in textbooks, museums, and monuments, and with the rights of the citizens of North Macedonia who openly express their Bulgarian self-awareness.

The common position was that direct and open dialogue is crucial for the European integration of the Western Balkan countries and for resolving the disputed issues.

At the meeting, Stoev reaffirmed Bulgaria’s principled position in support of the European integration of the Western Balkan countries, including the Republic of North Macedonia, Stoev’s Ministry said in a press release.

Stoev also briefed the European Commissioner on current developments in the bilateral dialogue with Skopje, highlighting Bulgaria’s efforts to restore confidence at all levels and the series of expert consultations between the two foreign ministries on Bulgaria’s initiative in recent months.

“Bulgaria remains consistent in its support for the European path of the countries of the Western Balkans, including the Republic of North Macedonia. Guided by this position, we have invested serious efforts in maintaining an open and full dialogue with our neighbors and restoring trust in relations between us,” Stoev said. At the same time, he stressed that in order to support the start of accession talks between North Macedonia and the EU, Bulgaria needs concrete actions and guarantees for the lasting and irreversible implementation of the 2017 Treaty of Friendship, Good Neighbourliness, and Cooperation.

Bulgaria expects North Macedonia to show the political will to overcome the differences. Bulgaria, for its part, remains actively engaged in seeking opportunities to resolve outstanding issues, the Foreign Ministry said.

Oliver Varhelyi will also visit the Republic of North Macedonia where he will meet with the country’s leadership.