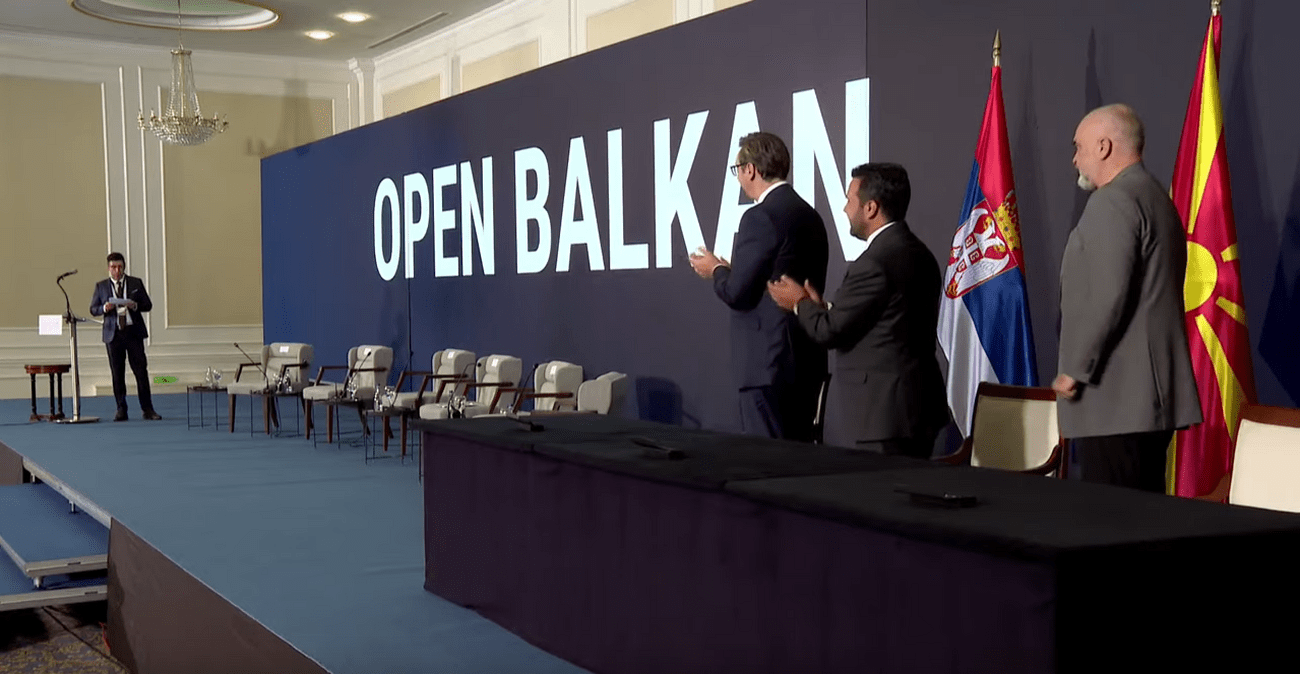 The EU administration assessed negatively the initiative “Mini Schengen”, also known as “Open Balkan”, of the leaders of North Macedonia, Serbia, and Albania and believes that it undermines the region’s European integration. The European Commission believes that the initiative of Edi Rama, Aleksandar Vučić, and Zoran Zaev is completely incompatible with the initiative for regional development together with Bosnia and Herzegovina, Montenegro, and Kosovo, diplomatic sources from Brussels note. According to the European Commission, this initiative should not be supported, because it impedes the strategic partnership between the EU and the Balkan countries.

A joint meeting between the government of Kosovo and the government of North Macedonia took place. “Any improvement in relations between neighboring countries brings stability and prosperity to the entire region. That is why we welcome the dialogue between Serbia and Kosovo and we are to support a decision that is acceptable for both countries”, said North Macedonia’s Premier Zoran Zaev. The Premier of Kosovo Albin Kurti assessed the joint meeting of the governments of the two countries as a historic event in the year when North Macedonia celebrates 30 years of independence and the republic of Kosovo celebrates 13 years of independence.

North Macedonia and Kosovo signed 11 agreements for cooperation in cross-border projects, cooperation in the energy sector, etc. The two countries agreed to ease border control. They are also exploring the possibility to open a new border crossing- Tetovo-Prizren. North Macedonia and Kosovo are to fulfill a joint ski project connecting the ski resorts Brezovica and Popova Shapka in Šar Mountains, announced the website lokalnol.mk. A new defense cooperation agreement between Greece and the USA will be signed for a five-year term, announced Greece’s Premier Kyriakos Mitsotakis during the 85th Thessaloniki International Fair. In his words, this is a confirmation of the US presence in Greece and of the strategic partnership between the two countries. “This does not close doors to other strategic agreements in the field of defense, such as the one with France. Greece spends more than 2% of its gross domestic product on defense”, Premier Mitsotakis reminded in an interview for ERT1. Athens and Washington signed a defense agreement in 2019 that allows US forces to make greater use of Greek military/BNR facilities.

Serbia knows that its accession to the EU goes hand in hand with the solution to the Kosovo issue, but a compromise decision is needed, said Serbia’s President Aleksandar Vucic during the visit of the German Chancellor Angela Merkel to Belgrade. “The Kosovo Issue must be resolved before Serbia’s accession to the European Union. There is still a long way to go Before Serbia and the whole region can finally become members of the European Union, as is our common goal”, Merkel said at a press conference. “We, who are already members of the EU, should keep in mind that there is an absolute geostrategic interest for us to include these countries in the European Union”, Angela Merkel noted. The German chancellor voiced optimism for Alania, Serbia, Kosovo, North Macedonia, Montenegro, and Bosnia-Herzegovina becoming members of the EU. Clergymen in Cyprus who preach against the coronavirus vaccination in their sermons will not receive a salary or maybe even be removed, read the new regulations of Cyprus’s Orthodox Church. Meanwhile, this country’s Ministry of Health warned about Covid-19 outbreaks in churches and monasteries. Certain members of the clergy continue to stand firmly against the coronavirus vaccination and claim vaccines are against the teaching of the saints, warned Archbishop Chrysostomos. Those clergymen will have the chance to apologize for both to the Holy Synod and the public. If they show remorse, the church will forgive but if not they will not be paid at the end of the month, warned the incumbent Archbishop of Cyprus Chrysostomos II, reported the correspondent of the Bulgarian National Radio in Cyprus Branislava Bobanac.

Turkey will soon introduce a series of measures to keep inflation under control, this country’s President Recep Erdogan said in the central Kırşehir province. In August, inflation in Turkey soared to 19.25%. Meanwhile, the Turkish government ordered the mosques to preach on Friday, warning sellers not to increase prices, reported Bloomberg agency. “Worshippers should avoid the black market and refrain from behaving opportunistically”, reads the Friday sermon.