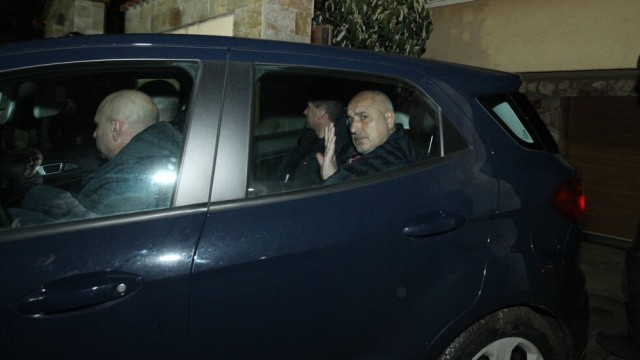 Large-scale operation of the General Directorate of the Bulgarian Police is being conducted on 120 cases of misuse of EU funds.

At around 8 o’clock tonight, civilian police officers searched the home of Boyko Borissov in Bankya. This was said to the media by Georg Georgiev, chairman of the GERB’s youth organization. In front of Borissov’s house are almost the entire GERB parliamentary group and many party activists.

European Chief Prosecutor Laura Kovesi and European delegated prosecutors informed about 120 known cases for misuse of EU funds that are being investigated currently.

Menko Menkov, a lawyer for Boyko Borissov, was not allowed to enter during the search. Boyko Borissov is at home, Sevdelina Arnaudova is also at home.

At the moment, the Bulgarian prosecutor’s office has not been informed about the actions of the investigation, Siika Mileva, spokeswoman for the chief prosecutor, told media. According to the royal legislation, in case of urgency, the prosecutor’s office must be notified within 24 hours.

“There is no one above the law,” Prime Minister Kiril Petkov wrote on Facebook minutes ago.

The probable reason for its publication is the information that GERB leader Boyko Borissov and other members of the party were detained during a specialized operation of the General Directorate of the National Police.