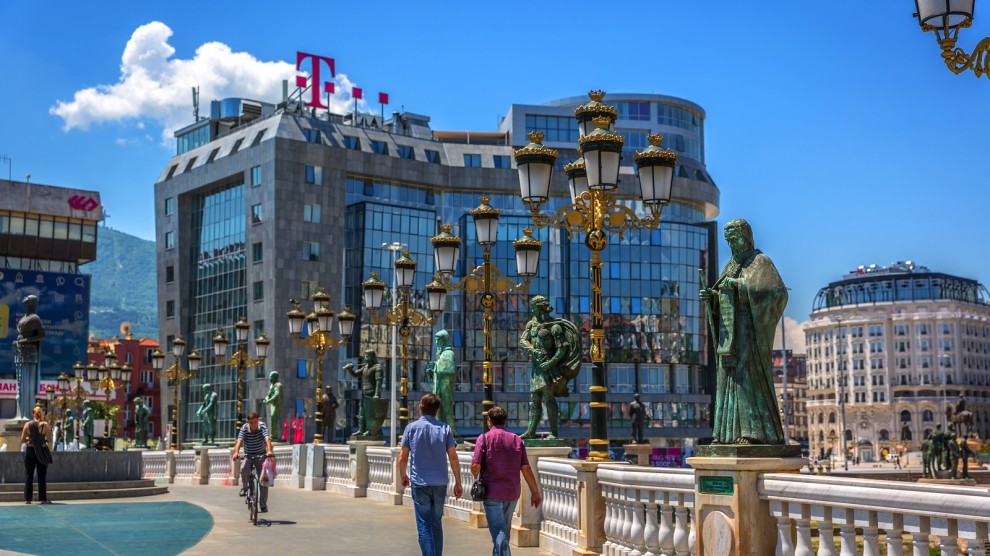 Bulgaria can approve the framework for EU accession negotiations with Albania, as we believe that they have fulfilled most of the conditions set out in the March decision, but at this stage Bulgaria cannot support the framework for North Macedonia, and therefore, will not give the green light to the first EU-North Macedonia intergovernmental conference, Bulgaria’s Foreign Minister Ekaterina Zaharieva said during a video conference of the EU General Affairs Council on November 17.

The proposed draft of the negotiating framework does not reflect the Bulgarian requests and cannot be supported in its current form, Zaharieva said.

She noted that the General Affairs Council was not in a position to make decisions on Albania and North Macedonia at this meeting. The item on the Enlargement was included in the meeting’s agenda for provision up-to-date information by the German Presidency of the EU Council and the foreign ministers would discuss the negotiating framework with North Macedonia and Albania.

Zaharieva said she briefed her counterparts on the bilateral talks between Sofia and Skopje and expressed gratitude for the German presidency’s efforts.

Bulgaria’s position is based on the framework position of the Parliament, said the Bulgarian Foreign Minister.

Bulgaria has insisted that the EU negotiating framework with North Macedonia should include the following:

The March decision to start negotiations with the Republic of Northern Macedonia contains a text on “tangible progress” in implementing the Treaty of Friendship and Good Neighbourliness with Bulgaria and the Prespa Agreement.

“We do not think that there is any tangible progress in the implementation of this agreement, unfortunately,” said our Foreign Minister, adding:

“I will emphasize again that the Bulgarian government is open to talks and I really want more effort to be made in the negotiations than in a defamation campaign against Bulgaria, which we have seen at least three times.”