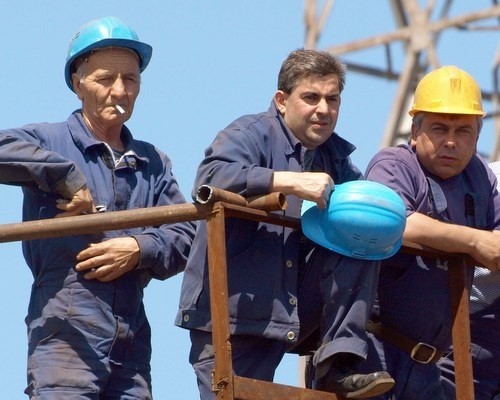 Employers’ organizations in Germany have warned the government that without an increase in arrivals from the Western Balkans, workers’ companies will face labor shortages.

According to Hermann Schulte Hiltrop, a representative of the construction industry in the Employers’ Association, about 150,000 construction workers are expected to retire in the next few years, and it is incredibly difficult to find a trained and educated workforce to replace them.

Employers welcome the extension of the rules for the countries of the Western Balkans, which will make it possible to extend the validity of work visas for unskilled workers. At the same time, the quota of 25,000 workers a year is criticized.

The fear that workers from the Western Balkans will burden the German social system or take away German jobs is not justified. According to a report by the Ministry of Labor, this has no negative consequences – on the contrary.

The German newspaper Reinische Post emphasizes that the restrictions were written under pressure from the CDU, which fears that the radicals could use the entry of foreign labor into the country as an alternative to Germany in an anti-government campaign.

Without these workers, the construction sector will be severely affected, but fears of right-wing radicalism have forced coalition partners in the government to make concessions.

“It is absurd to claim that these people came here to take advantage of social benefits when the Labor Market Institute proved that almost none of them had registered in the unemployment office,” the article said.

In the state of North Rhine-Westphalia, employers are already complaining that certain projects may be stopped because they are not sure that they will be able to provide the necessary workforce.

There is data showing that since 2009, a third of Germany’s GDP has been realized thanks to foreign labor.