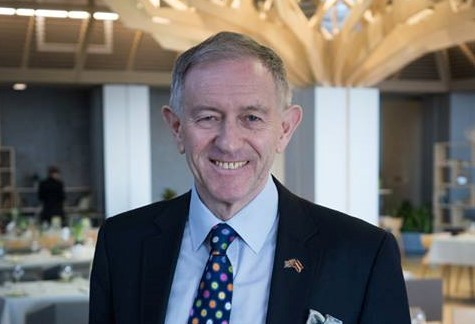 The “black box” of the downed MiG-29 fighter should only be sent to an allied and trusted state, not to Russia. Such a position was expressed by Lieutenant Colonel Glen Grant, a British military expert, a BGNES reporter reported.

On June 9, the MiG-29 disappeared during a military exercise in the waters near the town of Shabla. Its pilot, Major Valentin Terziev, was pronounced dead. He was buried on June 30. The black box of the crashed plane was also found at the end of June.

Lieutenant Colonel Grant recommended that the “black box” be sent to Ukraine, which is a loyal ally of NATO. According to him, history has given us numerous examples, the most recent of which are related to the annexation of Crimea by Moscow in 2014, that we cannot trust Russia.

“It is not necessary for Bulgaria to continue to take risks as its pilots fly the MiG-29. NATO’s Allied Air Policing Forces based in Romania may also cover Bulgaria until new modern aircraft arrive, “said Lt. Col. Grant.

“The huge money saved from discontinuing the use of the MiG-29 could be spent immediately on other projects, such as armored infantry or the purchase of much-needed modern unmanned aerial vehicles,” advised the British military expert who worked on the military. reforms in Poland, Ukraine, Chile, etc.

Continuing military-technical cooperation with Moscow is weakening NATO in a key region such as the Black Sea. “By continuing to treat dangerous Russia as safe, Bulgaria risks the security of both its NATO allies and the nation by paying dearly for this pleasure,” Lt. Col. Grant said.