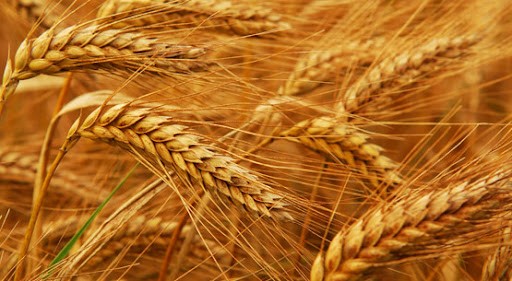 Wheat is 32% more expensive, and for sunflowers, the annual increase is 35%. Maize prices the most – by 42%

The wheat harvest in Bulgaria is increasing by over 50% this year compared to 2020, crossing the limit of 7.1 million tons of production. This is the best level for the last five years.

The jump in production also occurs in the context of rising prices on international markets, which also leads to growth in Bulgaria: for the main export crops it is between 24 and over 42% on an annual basis.

Due to last year’s drought, which affected Bulgaria’s granary Dobrudzha, grain production fell sharply in the four main crops, accounting for a significant share of agricultural exports – wheat, rapeseed, sunflower and corn. The decline was about 20% for each of them. But this year the results are on the other pole, according to official data so far. On Friday, during the grain advisory council, it became clear that the wheat harvested in Bulgaria is 52% more than the previous year and reaches 7.16 million tons. Moreover, this amount was defined as the highest since 2017. Better results have been reported for other fully harvested crops at the moment: the barley produced is nearly 699 thousand tons, which is an increase of over 27% on an annual basis, and rapeseed is over 376 thousand tons, or 36% more. The main contribution to the better results is now made by the higher average yield compared to last year.

This is currently reported in the harvest of corn and sunflower. Compared to last year, the increase in the yield of sunflower is over 17% to 236 kg per decare, and for corn – 16% to 551 kg per decare, according to the latest data of the Ministry of Agriculture. However, the numbers are not entirely indicative at this stage – the harvest is drastically delayed this year. In the case of sunflowers, less than half of the area is harvested, and in the case of corn, they are less than 1/5. According to the information of the Ministry of Agriculture, after the advisory council on the grain on Friday in certain regions, problems were reported in both crops due to drought.

Prices are rising sharply compared to the previous year

The better harvest this year is also happening against the background of rising prices on international markets, which is to some extent dictated by the lower harvest in one of the top producers in the world – Russia. The final harvest is expected to be between 75 and 75.5 million tons, compared to almost 85 million tons last year. According to Reuters, the prices of Russian wheat are rising for the 10th consecutive week to between 301 and 304 dollars per ton, and in the entire Black Sea basin, they are at their seven-year peak.

There is an increase in Bulgaria as well. According to operational analysis of the Ministry of Agriculture, as of September 15, a ton of bread wheat is traded in the country for an average of BGN 424, which is an increase of over 32% compared to the previous year. For rapeseed, the price reaches BGN 980 per ton, or over 36% compared to 2020, and for sunflower – BGN 942, an increase of more than 35% on an annual basis. The data at the moment show that the biggest increase in prices so far is with corn. It is more expensive by over 42% compared to the previous year to BGN 411 per ton on average. 2021 was also marked by higher production costs, mainly due to the serious rise in the price of natural gas, which also led to higher fertilizer prices.