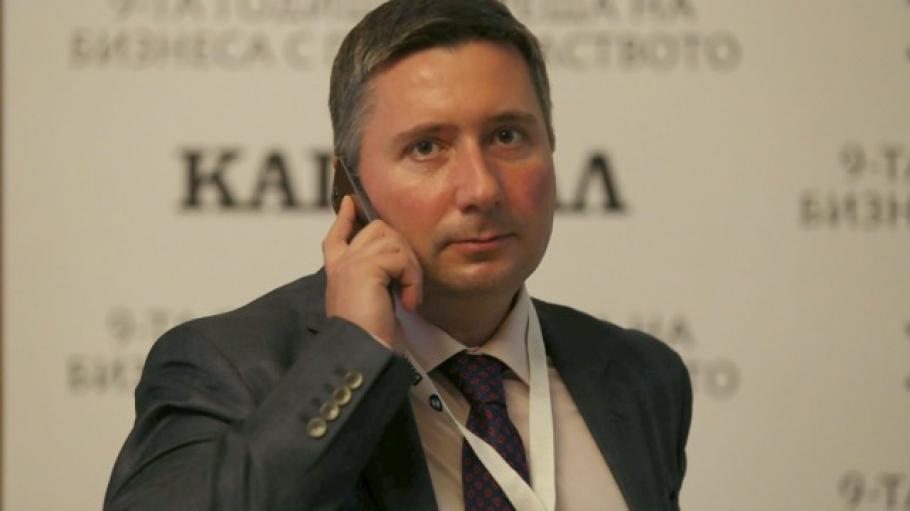 If we ask the free encyclopedia what the definition of “fake news” is, the answer is this: it is a kind of hoax, deliberate spreading of false rumors or false information orally, through news or social media, in order to mislead the audience, and their authors receive financial or political benefits. In short, this is news that is “entirely made up to deceive the audience.”

While for years grant-dependent Bulgarian and foreign NGOs have been trumpeting that Bulgaria was ranked 112th in the world in terms of freedom of speech, and Reporters Without Borders is creating fictitious “rankings” in which they deliberately humiliate our country, in fact they they are often the main culprits for spreading fake news. It is known that Reporters Without Borders is funded by George Soros, so it is logical that our “journalists” or “media experts” eaten by grants, close to the Capital circle, should also be used as a “source” for the media environment in Bulgaria. “. But this, it turns out, is not enough for them, because they have already decided to close the circle, appropriating the right to determine individually which news is fake and which is not. It has recently become clear that the journalist from “Capital” Rosen Bosev has been appointed to a new position – head of the fact-checking office in Bulgaria at Agence France-Presse (AFP). The intention is for specially selected “journalists” who have to take into account the local culture, language, political situation and at the same time work with AFP offices around the world, to investigate and refute false information circulating on the world wide web. As an intention it sounds good, but the problem is in the compromised performers. Because from the standpoint of such structures, appropriating the right to say what is black and what is white, Soros-funded media and NGOs will now have full power not only to mark, stigmatize and censor whoever they want, but also to have the right to keep their own fake news out of suspicion.

In fact, the phenomenon is not new at all and repeats a complete totalitarian structure in which the point of view is only one – yours, and all dissenters are suppressed. With the difference that nowadays it is presented as “democracy”. Because there are not one or two examples that for years fake news imposed by the media of the Capital circle, at one point not only become institutionalized, but also become difficult to prove untruths, often even receiving state identification. For example, on the topic of Peevski, Capital, Dnevnik and Mediapool poured tons of ink, attributing all earthly sins to the former MRF MP and their media competitor, who allowed himself to write about Ivo Prokopiev’s transgressions.

The expressions used to legitimize the fake news about Peevski were such as “as they say”, “affiliated companies”, “repeated copies of allegations”, etc., of course without mentioning any specific facts or evidence of these suggestions. . But on the other hand, by engaging enough, also grant-making, speakers on the subject, who repeated the imposed mantras to the hilt. When at one point a critical mass of publications was reached, these expressions and actions were abandoned and direct statements were made, already explained by the very fact of the multitude of materials – “since it has been said so many times, it is true.” Goebbels-type propaganda, in its purest form, because according to the Nazi leader, if you tell a big enough lie and keep repeating it, people will necessarily believe it, and for this propaganda to be successful,

Of course, throughout its creation, and until now, for “Capital” and for “free journalists” there, the topic of Ivo Prokopiev himself or his business partners, who violated the law, has never been on the agenda. Despite the thousands of publications on privatization irregularities, criminal prosecution, seizures by state authorities, administrative violations and penalties, etc. in other “unfree” publications. Indeed, the enviable unanimity of all those working there, for whom one cannot even think that their opinion may have been conducted by the owner of the publications or have some kind of censorship. That is, we return to the rule – my opinion is authoritative, it is free and uncensored, because I say so, and everyone else is manipulative, because…. Well, I say so. Of course,

The example from yesterday, when Mediapool circulated a fake document from SANS, in which Peevski is allegedly listed as a borrower by CCB, through related companies, for BGN 500 million, has been fresh. Ognyan Stefanov’s Frognews website, a former DS agent with the pseudonym Academic. The idea is to hit not so much Peevski, but Chief Prosecutor Geshev (who allowed himself to seek responsibility for both Ivo Prokopiev and Tsvetan Vassilev), who had “covered up” this information in the distant 2015. Naturally, neither Peevski has loans from the Corporate Commercial Bank for BGN 500 million, nor his companies, nor has this ever been “established” by a SANS agent. On the contrary, the exact opposite has been established, and in an official way – by the trustees of CCB, by the international investigation company Alix Partners, hired by the state,

Nevertheless, Frognews immediately reprinted the news on the website informiran.net, which has become a household name for fake news and owned by Arman Babikyan. However, her appearance a few hours later in the “serious edition” of Mediapool aimed not only at her legitimation, but also at the subsequent lifting of the entire Capital machine and its gradual becoming “true” according to the scheme described above. And only the quick reaction of the prosecutor’s office, which was forced to publicly refute the fabrication, may have stopped the scenario and the “news” was suddenly abandoned. Although as part of the staging, meanwhile, the NGO “Boets” close to Tsvetan Vassilev “referred” the institutions for the non-existent reference, and Vassilev’s lawyer Konstantin Simeonov stated that he would request it in the case as well.

In addition to this example, we all remember well three other emblematic cases of fake news spread by the Capital circle. In 2015 again, the Mediapool website created a monstrous manipulation, claiming that the European Commission had demanded the removal of then-Chief Prosecutor Sotir Tsatsarov, and the news was immediately spread by Dnevnik and Capital. As the scandal escalated, it turned out that there was no such thing, and journalist Polina Paunova, now working for Free Europe and also considering herself the last resort in truth and morality, then claimed to have used “an unnamed source who wanted to remain anonymous. ” Meanwhile, the Vice-President of the European Commission, Frans Timmermans, has categorically denied the falsification of Mediapool, and the head of the European Commission Representation in Bulgaria, Ognian Zlatev, also said the publication was incorrect. This story, of course, has a background, because it was at this time that the Buffalo website was circulating Yanevagate, so Mediapool was just a link in the same people’s desire to have their awkward Attorney General removed.

Also a journalist from “Bivol” – Atanas Chobanov became a conductor in 2018. and the second emblematic case of fake news, this time circulated not only by the Capital circle but also by Reporters Borders. It is about the murder of the journalist Victoria Marinova from Ruse, which Chobanov was the first to present as related to her work and in response to her journalistic investigations into fraud with euro funds. As Chobanov is one of Reporters Without Borders’ close associates, the fake news was included in the NGO’s annual report in the column “Murders with international repercussions” along with Jamal Hashoghi and Jan Kuciak, without a word about the fact that the perpetrator Severin Krasimirov was caught and admitted his guilt and that his motives had nothing to do with the work of the TV presenter.

The third case is also significant. Last year, the politician from “Yes, Bulgaria” Ivaylo Mirchev stated publicly, on the occasion of an action by the National Revenue Agency and economic police in the stores of “Hipoland” that Delyan Peevski wanted to buy the chain from its owner Marian Kolev, and the attack of the institutions was precisely because of the refusal to sell. Mirchev then showed an enviable imagination, composing a whole story with specific people, visits to offices and so on, worthy of a Hollywood script. Everything naturally turned out to be a big lie, because Marian Kolev personally denied to bTV that he knew both Peevski and the people involved in the story in Mirchev, but this did not prevent “Capital” and “Dnevnik” from commenting on the “revelations” of approaches to Prokopiev politicians.

Self-Regulation At Its Finest

Examples can go on, but the principle is this – this is how Capital’s fake news machine works, this is how the “free” and “moral”, “uncensored” media and their close NGOs, receiving money from the same source, work. . Fake news – reprinting – talking – washing – actions. Even if such “news” is refuted, the effect is achieved, the suspicion is sown, and at a convenient moment the manipulation is repeated.

Now the same totalitarians, for whom the opinion of others has become taboo, and their own – a reason for repression, from tomorrow will stand except at the entrance and exit of the manufactory for fake news. As they say – to their own media and their owners – congratulations. For the rest, the struggle against totalitarianism, sorry, with “democracy” remains…