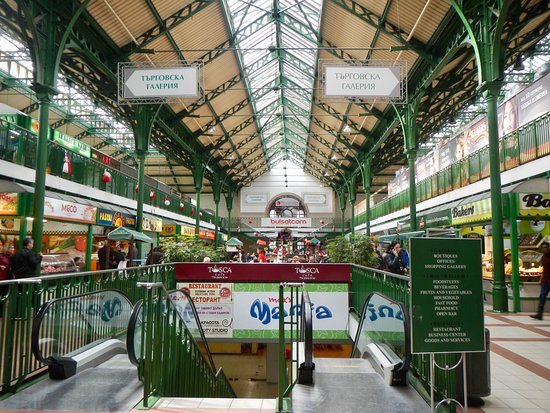 Kaufland will invest nearly BGN 50 million in the reconstruction of Central Halls in Sofia and will create 100 new jobs, the company announced at an online press conference. At the moment, the FMCG chain does not own the iconic building on Maria Luisa Blvd.

It envisages reconstruction and restoration of the building according to the legal requirements for a site with the status of a cultural monument and after coordination of a special architectural project with the competent state authorities. It will strive to preserve the spirit of the building and will not brand its name. The potential investor will be obliged to preserve the appearance of the building, its characteristic architectural value and purpose, as well as to bring it in excellent technical condition so that it can serve the citizens and guests of the city.

To date, Kaufland has commissioned dozens of expert assessments and analyzes of the current technical condition of the building. Based on the research and in line with archival documentation and the original plan of architect Naum Torbov, 110 years ago a conceptual design for reconstruction and restoration of the building was developed and submitted for approval, which must go through a procedure for approval by state authorities.MORE ON THE

The project envisages restoration and restoration of the facade and parts of the roof covering, as well as restoration of plumbing, electrical and ventilation installations. The company intends to preserve the familiar view of the building and the stone reliefs of the coat of arms of Sofia on the east and west facades. The investor will also comply with the typical interior, restoring the central fountain according to the original design of the building, missing or damaged ornaments, as well as will resume the activities for restoration and conservation of the basement.

At the ground floor, the project envisages restructuring of the commercial areas inside the building in order to create a modern trade hall. The company plans to organize open-air farmers’ bazaars in the parking lot next to the store.

A gallery is planned on the western façade, which will provide an opportunity to place small stands for small and medium-sized food and beverage traders, as well as an area from which to reveal a view of the entire volume of the interior of the building. The integration of the original clock mechanism from the tower is provided in a suitable place.

“The halls will continue to function as a popular place for shopping for groceries and basic necessities,” Kaufland said.

The company is ready to invest in reconstruction, restoration and maintenance, so that the building will be brought into excellent technical condition, preserving the spirit and the collective memory built over the years for its commercial role.

“The modern concept of its operation makes it possible to combine modern with traditional consumption habits, to enrich and upgrade the range according to the building, in addition to providing access to all its parts. “Kaufland plans to maintain the current organization of traffic by significantly improving the approaches and signposts and signs, as well as renovating the parking lot in the immediate vicinity,” the company said in a statement.

The building of the Central Halls in Sofia was created at the beginning of the last century by the project of the famous architect Naum Torbov as a market for the sale of fresh food and despite the changes over the years it retains its commercial function.

It was opened in 1911 as the first modern covered market for meat and dairy products, fish and vegetables. For about 30 years it functioned in this form, and gradually the goods began to be exhibited in the typical shop type of the time.

In the 50s of the last century the building was reconstructed and for several decades it functioned as a supermarket. A ramp for loading the commercial site has also been built. The majority of the capital’s population still associates the building with one of the most popular shopping places in the city.

There followed a long period in which the building was closed, until 2000, when the Central Halls were reconstructed, during which additional levels were built in order to achieve a larger commercial area. In this form the building still functions today.