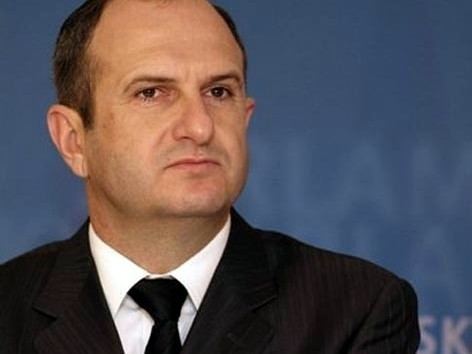 Although Skopje appointed former Prime Minister Vlado Buchkovski as special representative in Sofia, Macedonian politicians themselves do not trust him, and this is evident from the fact that he has an assistant, the state secretary of the Ministry of Foreign Affairs. There‘s still a void in the bilateral relations – Skopje still has no ambassador in our country, and this is not a good sign given the current situation.

The conclusion is by journalist Kosta Filipov, who analyzed the latest developments in the relations along the Sofia – Skopje axis in the studio of bTV. We remind that yesterday Buchkovski was on a visit to Bulgaria, he met with Deputy Prime Minister and IMRO leader  Krasimir Karakachanov and Foreign Minister Ekaterina Zaharieva, who reaffirmed Bulgaria’s willingness for continuing the dialogue, but also for not supporting at this stage the start of the accessions negotiations framework with Brussels.

“Vlado Buchkovski is my personal friend and we know each other very well. He is really well-intentioned about relations with Bulgaria. This man does everything in a formal and informal way to achieve some form of rapprochement between the two states. I think there should be no doubt about it,” Filipov said.

Even Zoran Zaev has made a U-turn, according to Kosta Filipov, who sees two accents in his speeches – one for domestic political use and another for being read and heard by Bulgarians. Most likely, there is a third one – intended for the international partners in framework negotiations. According to Kosta Filipov, the behavior of the Prime Minister of North Macedonia is indicative of the relations between the two countries, having in mind that at the moment the anti-Bulgarian campaign along the Vardar river is not only continuing, but is being stepped-up.

North Macedonia hopes for change after the elections in Bulgaria, relying on a new coalition that will allow Borissov to reach an agreement with Zaev.

Skopje performs better on the international arena by internationalizing its problems and gaining sympathy, focusing on its geostrategic location on the Balkan peninsula, said Filipov, who noted that North Macedonia’s actions are marked by the experience of the Yugoslav diplomatic school.

We remind that on 17 November 2020, Bulgaria presented its position on the start of negotiations with the Republic of Macedonia – to support Albania’s EU accession, but not Macedonia’s. Bulgaria’s main arguments are based on blocked work of the Joint Multidisciplinary Expert Committee on Historical and Educational Affairs between Bulgaria and North Macedonia, which was established as a result of the Treaty on Friendship, Neighborhood and Cooperation, signed on 1 August 2017 and entered into force on 14 February 2018.

Already in early October, Bulgaria set conditions for North Macedonia required for its support for EU membership. One of them is for North Macedonia to achieve concrete results precisely on the important events and historical figures in our common history – Gotse Delchev, Ilinden-Preobrazhenie Uprising, etc.

After the meeting on 13 September 2019, which was described as the “most fruitless” to date, Bulgaria’s Head of State Rumen Radev called an emergency advisory meeting at which he insisted on drawing the red lines with North Macedonia. In 2020, Macedonia unilaterally ended talks on our common history, referring to the internal political situation in the country.

The commission’s work was resumed less than a month ago, but again without much success and no steps forward towards next thesis – to wait for the results of the parliamentary elections in Bulgaria, due to be held in the spring of next year.