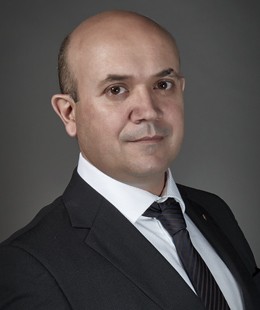 The Bulgarian-based company Sin Cars is planning its debut on the stock exchange in Bulgaria through the Market for growth of small and medium enterprises BEAM. The funds are planned to go to a new production line. This was stated to Bloomberg TV Bulgaria by Manyu Moravenov, executive director of the Bulgarian Stock Exchange (BSE).

“The company has delayed its intentions to enter the stock market due to the pandemic,” he explained, adding that two other Bulgarian companies are interested in double-listing on the Frankfurt Stock Exchange.

Investor.bg reminds that at the beginning of last year the company intended to raise up to BGN 6 million from the capital market to invest in machines and robots.

The Executive Director of the BSE stressed that there is an expansion of the ecosystem in Bulgaria.

Bulgarian start-ups, small and medium-sized companies will have faster and easier access to capital from Central and Eastern Europe (CEE) through the partnership of BSE and the ecosystem of venture investors of Deutsche Borse – Venture Network, said Moravenov.

“BSE becomes a representative of the platform and allows for a direct meeting of risky investors and companies in two different phases of development, but in both cases it is a matter of startups,” he added.

According to Manyu Moravenov, Bulgarian startups can take the next step in their development. The platform already has over 200 companies and over 400 venture capitalists.

The exchange will present the new opportunity for Venture Network companies at the third strategic meeting of the beamUp lab program on April 14.

The beamUpLab initiative involves 20 Bulgarian companies, which were selected after an in-depth study of more than 1,500 companies. Half of the companies are innovative start-ups (with a shorter business history and sales revenues of up to BGN 4 million), and the other half are small and medium-sized companies.