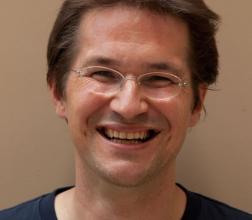 I got the idea to write this article after I saw a retweet from an individual called Gerald Knaus on the 10th of April was that about the atrocities currently going on in Myanmar. In the retweet, Knaus used a crying emoji to show his rightful empathy about what is happening there. Gerald Knaus is a social scientist from Austria who also runs the European Stability Initiative think tank. He likes to talk about human rights and how important they are, yet in certain situations such as the Bulgarian veto of the accession of North Macedonia to the EU, he chooses to overlook issues of human rights.

The disagreements between Bulgaria and North Macedonia are many, it varies from language, history, and minority rights. We will not get into all this here, we will focus on just the aspects of human rights. A lot of observers writing articles for foreign audiences like to portray that there is a small group of Bulgarian nationalists that are arm twisting the ruling coalition into vetoing North Macedonia. This is not actually the case, according to a poll conducted in 2020, 84% of Bulgarians supported the current blockade of North Macedonia path to EU membership. But why is that? Surely not so many people in Bulgaria care about the identity of some revolutionary born in the 19th century? The issue is much bigger than that, it is about lack of acknowledgment of the repression of people with a Bulgarian identity or even with friendly feelings towards Bulgaria in what is modern-day North Macedonia.

You cannot simply choose what human rights topics matter and which ones don’t. Gerald Knaus, the self-described “architect of the EU-Turkey deal” has said that Bulgaria and North Macedonia should agree to disagree on history. That in my opinion is a very lazy form of input that doesn’t sort out any of the problems, yes if both countries agreed to disagree, North Macedonia would much more quickly join the EU. However, as the saying goes “there is no quick fix”.

How can Bulgaria and North Macedonia get along when North Macedonia still denies events such as Bloody Christmas and Law for the Protection of Macedonian National Honour. To this day, Macedonian historiography denies that this was repression and genocide of Bulgarians instead saying that they were ethnic Macedonians fighting for autonomy.

Another issue is the denial of everything to do with Bulgaria and Bulgarians within the region of Macedonia according to Macedonian historiography. Due to this, you get tragically funny situations where individuals such as Parteniy Zografski who denied the existence of a Macedonian language and Rayko Zhinzifov who denied the existence of an ethnic Macedonian identity are according to Macedonian historiography both ethnic Macedonians! All ethnic identities are artificial of course, however many or all Balkan countries are insecure and want to exaggerate the age of their ethnic identities.

What I pointed out above raises the question, of how is what Gerald Knaus’ would describe as “agreeing to disagree” is going to work? North Macedonia wants Bulgaria to accept their modern ethnic identity, yet it does not want to respect the ethnic identity of Bulgarians that have lived in North Macedonia and the wider region of Macedonia. I am actually intrigued, does Gerald Knaus believe that when you die you no longer have human rights or that they simply do not matter. Is falsifying and denying a person’s ethnic identity a sign of respect for their human rights and good neighborliness?

It is very ironic that Gerald Knaus is the co-founder of a think tank called the European Stability Initiative when his perceived lack of care for human rights in North Macedonia will destabilize the European Union by bringing in two countries together with such major issues. Without a doubt in my mind, Knaus is a virtue signaller who picks human rights topics that suit his agenda while discarding others just so that he can tell journalists to call him the architect of a deal.

I have noticed among my friends and relatives who were previously very pro-EU, that following the lack of support from the EU for human rights issues such as the ones highlighted above that their opinion of the EU has drastically deteriorated. In my opinion, most Bulgarians do not care about what the Macedonian language is called, about stupid historical disagreements, or about bulgarizing North Macedonia. It is the lack of respect for human rights by not acknowledging atrocities against Bulgarians and denying the way that they chose to identify is what is creating the negative atmosphere in Bulgaria. In my opinion, the EU is currently making a tactical mistake by turning many young highly educated, and liberal Bulgarians into having very negative opinions of the EU. If this is not addressed this will eventually lead to the election of governments that are authoritarian and have even less respect for EU values. It is therefore the duty of observers and so-called specialists to push for such issues to be resolved in both Bulgaria and North Macedonia.

We have contacted Gerald Knaus by email to see if he wants to reply to this article. Through our analytics software, we can confirm that he read our email and the article.