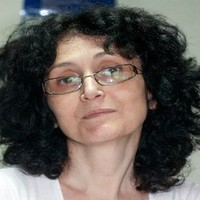 There is no risk to the state’s finances, but the fiscal reserve is below the sanitary minimum and it would be good to have legal changes that would limit these uncontrolled spending, said Ivanina Mancheva, an economist, on Bloomberg TV Bulgaria , in the show “The world is business”.

“The government uses funds that must be inviolable, such as the Silver Fund or the Nuclear Funds, or the Teachers’ Fund, etc., to finance its own costs, which should be limited by the Public Finance Act,” the expert said. “At this moment, the reserve for financing the measures for maintaining employment seems exhausted. After May, the government will not have the funds to continue these measures supporting employment,” Mancheva explained.

According to her, in any case, Bulgaria will have to enter foreign markets this year – the question is how much and whether the situation in these markets will allow financing at good parameters.

“There is no risk to the country’s financial stability at this stage, but there is tension caused by excessive spending, which has led to the funds in the fiscal reserve falling below the sanitary minimum. The lack of clear rules on the fiscal reserve tempts opaque spending or for the so-called parallel budget “.

Another topic that was touched upon was the initiative of the American Minister of Finance Janet Yellen to introduce a global minimum tax, which, according to Mancheva, affects us because it is time to stop relying on the regime of low taxes and cheap labor.

“The global minimum tax is a countervailing tax so that companies in the United States are taxed higher to fund increased public spending there, while not having an incentive to export their income to offshore accounts or low-tax countries. Soon. in Bulgaria, low taxes will not be considered an advantage, “Mancheva said.

From the words of the guest it became clear that digitalization can lead to significant growth in the economy, as long as it is not viewed in isolation from the digital economy against the background of other sectors.

“We have a developed IT sector, which continues to grow even during the pandemic. The integration of the IT sector in the Bulgarian economy is not as great as in the tourism sector, for example. It also depends on the Bulgarian government’s efforts to introduce electronic services and management, “said Mancheva.