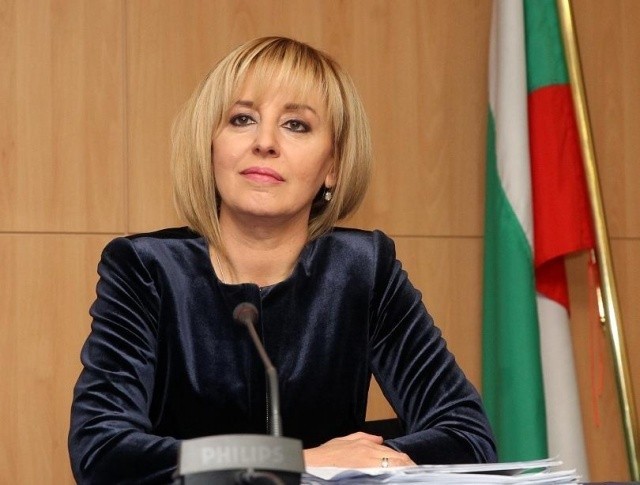 In the remaining 10 weeks, until the change of government, Borissov will cost 1 billion euros. management decision not to purchase EUR 3 million. covid-19 vaccines. According to economists, Bulgaria’s economy is currently losing 100 million euros every week due to vaccination delay.

The European Union’s plan is to have 70% of the population vaccinated by mid-2021 and Bulgaria is the last to be vaccinated in the EU. This is a failure of the government, leader of the political movement “Stand Up.BG” Maya Manolova told the media in Stara Zagora, where she presented the candidate for mayor of the municipality of Maglizh, Zlatko Ostreshev.

In a month and a half, there are 30,000 vaccinated in Bulgaria. People. There are still about 4 million people who have to be vaccinated. At this pace, Bulgaria will achieve the target in 20 years. In Stara Zagora region, 2,519 people out of a total of 320,000, that’s 0.7% of the population, Manolova added.

One of the first decisions to be made by Stand Up! Thugs out!” in the next parliament, will be for the establishment of a Commission for the revision of all deals for the purchase of disposables, medicines and vaccines by the Ministry of Health for the COVID-19 crisis, Manolova is adamant.

Manolova added that the repair of Trakia motorway from the Maritsa branch to the road junction at Chirpan will cost twice as much as its construction – in 2016 the cost per kilometer was BGN 500 thousand, in 2019 it is BGN 1 million and is now being repaired at a cost of BGN 2.12 million. Given that during the construction of this section, 1 km was worth BGN 1,35 million. The renovation of 52 km will cost BGN 180 million. BGN, she explained.

We of the “Stand up! Thugs out!” have a plan for how to raise the incomes of Bulgarians, to recalculate pensions, financially support Bulgarian companies with the amount of at least one MP’s salary for each small company affected by the crisis.

BGN 30 billion from the European Rescue Fund and a further BGN 30 billion for the next programming period, will not be invested in renovation, but in small and medium-sized businesses, in modernizing the economy in order to preserve jobs. The first step to raising incomes is to repeal a 10% income tax on earning up to BGN 650 and our goal is to make the minimum monthly income for a working Bulgarian to be BGN 1,000, Manolova said.

She added that she was also committed to recalculating pensions, which Borissov hasn’t done for 11 years as prime minister.