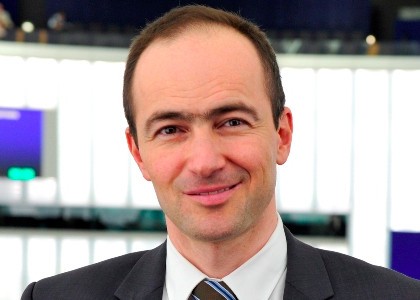 The desire to continue with the lies, the manipulations and the anti-Bulgarian basis on which to build the modern Macedonian identity unite those in power and the opposition in North Macedonia, and are even stronger than the desire for EU membership.

This was written on the social network by the MEP from the EPP Andrey Kovachev, who is one of the best experts on Bulgarian-Macedonian relations.

“After the categorical refusal of Prime Minister Zaev and President Pendarovski yesterday to mention the forbidden words” Bulgarians “and” Bulgaria “on the occasion of the anniversary of Ilinden in 1903, I wondered what more negative and directed against the Treaty of Friendship we can expect from Skopje. Well, we didn’t have to wait long. For the leader of the DPMNE party, the common history that RSM has with Bulgaria can only be the period of the “fascist” Bulgarian “occupation” 1941-44 “, Kovachev wrote.

He described the alternative to Zaev’s current government as “wonderful”.

If Mickocki comes to power, the solution to the dispute with Bulgaria is “tied in a towel” – the “bad” Bulgarians will press to apologize and sprinkle their heads with ashes for the “occupation”, to write in our Bulgarian textbooks the correct version of the history of the Macedonian people “edited by MANU and, of course, to support them for the EU. If all this was a gram realistic, I would say – this is called the confidence of a real winner – a visionary, “added the MEP.

“It is sad that for both the opposition and the ruling party in Skopje, our common history, which is the basis of the Treaty of Friendship and Good Neighborliness, has nothing to do with recognizing the historical truth and the right to the Bulgarian identity of long-dead people. The desire to continue with the lies, the manipulations and the anti-Bulgarian basis on which to build the modern Macedonian identity unite those in power and the opposition, and are even stronger than the desire for EU membership, “Kovachev stressed.

He notes that lies and falsifications are not harmless, they lead to discrimination and hate speech against citizens who have the courage to openly identify themselves as Bulgarians and stand up for the truth.

Both the ruling party and the opposition pretend to uphold European values, but apparently some “Macedonian” version of them – lies are true, discrimination is tolerance and hatred is justice. Just like Orwell. It is up to the candidate country alone to start negotiations. The behavior of the southern communist Skopje elite leads to great troubles for the hundreds of thousands of citizens who become hostages of the political games of this elite “, Andrey Kovachev is categorical.