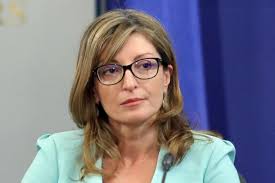 “I hope and expect that in a coordinated manner and in accordance with the specifics of each of the countries, the movement within the European Union and within neighboring countries, which have a similar epidemiological risk, will be restored on June 15. This was what Deputy Prime Minister and Minister of Foreign Affairs Ekaterina Zaharieva said in response to a question by journalist.

The Minister added that the requirement for social distance will probably be maintained throughout most of the summer. Zaharieva once again called on Bulgarians who go for seasonal work abroad to be carefully informed about the requirements of the country they are traveling to.