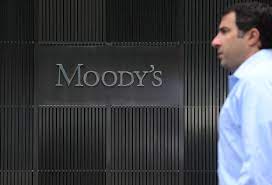 Moody’s Investors Service raised the outlook for Bulgaria’s credit rating to positive from stable and affirmed the country’s long-term foreign and local currency Baa2 rating. This was announced by the finance ministry.

The positive change reflects a strong fiscal stance and favorable prospects for economic growth. Maintaining Baa2’s credit rating recognizes the balance between positive fiscal and macroeconomic development and the declared readiness to join the euro area and the country’s current challenges stemming from negative demographic trends and the presence of weaknesses in some policy areas.

The Agency focuses on improving financial performance and pursuing consistent and prudent policies. In recent years, Bulgaria has been characterized by increasing budget surpluses, a steady decline in government debt, an improvement in creditworthiness, a significant fiscal reserve, and a positive impact of pension reform on fiscal sustainability. Moody’s expects the budget balance to remain in surplus (0.8% of GDP) in 2020, while government debt will continue to decline and reach 19% of GDP.

According to Moody’s, the stable prospects for growth in Bulgaria are conditioned by the continued integration into the EU and increased competitiveness. Since 2015, the economy has grown over 3% annually and the Agency expects positive developments to continue in the coming years, with the economy growing around potential. Economic growth will also be supported by some important infrastructure projects, such as the Hemus and Struma highways, the Sofia-Plovdiv railway line, and the higher absorption of EU funds. Increased competitiveness is underpinned by rising export shares and current account surpluses, reflecting structural improvements in the post-crisis economy.

Moody’s expects the simultaneous accession to VM II and the Single Supervisory Mechanism (SSM) to contribute to sound macroeconomic policies and further strengthen the institutions. The Accession Action Plan for VM II and SSM is also expected, as well as efforts to deepen Bulgaria’s cooperation with the OECD to encourage the adoption of further reforms to improve efficiency in corporate governance, budgetary planning, and public administration.

The rating can be raised while maintaining positive economic and fiscal development. Further progress in the government’s reform agenda (education, healthcare, state-owned enterprises), as well as euro area accession and SSM membership, would also have a positive impact on the rating.