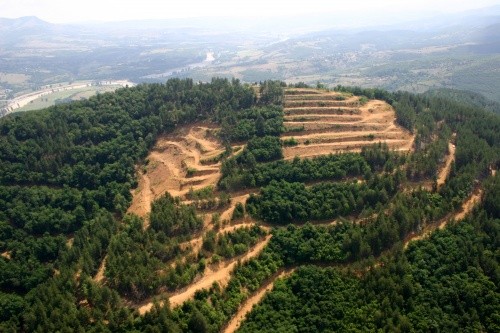 Dundee Precious Metals Inc. [DPM-TSX] said Friday, August 30 that it has received the final operating permits for its Ada Tepe gold mine in Bulgaria.

“Receipt of the operating permits and the official mine opening are important additional milestones for Dundee Precious Metals and Ada Tepe, which is expected to deliver significant growth for the company going forward,” said Dundee President and CEO Rick Howes.

“We are currently focused on the ramp-up of the operation, which is progressing well,” he said.

Dundee is a Canadian international mining company with operations in Namibia and Bulgaria. It also has exploration projects in Armenia, Bulgaria, and Serbia. Its asset portfolio includes a 10.3% stake in Sabina Gold & Silver Corp. [SBB-TSX] which is developing the 100%-owned Back River gold project in Nunavut.

Dundee’s operating assets include the Chelopech and Ada Tepe mines in Bulgaria and Tsumeb specialty smelter in Namibia, as well as the development stage Timok gold project in Serbia.

The Ada Tepe Mine achieved a major milestone in the second quarter of 2019 by reaching the commercial production stage. However, production at the mine and mill was lower than planned in the second quarter as the operation was constrained by longer than expected tailings settlement time, which delayed the construction of the subsequent cells of the integrated mine waste facility (IMWF).

Despite mine and mill downtime taken during this period, Ada Tepe demonstrated the ability to achieve design capacity and recoveries, and produced 5,400 ounces of gold in the quarter, the company said.

Back on July 10, 2019, when the company announced its second-quarter results, Dundee said annual gold production guidance for Ada Tepe has been revised downward to between 45,000 to 60,000 ounces. That compares to the original target of 55,000 to 75,000 ounces.

However, following the declaration of commercial production in June 2019, the company was able to apply for its formal operating permit from Bulgarian authorities.

Formerly known as Krumovgrad, Ada Tepe (as it is known locally) is expected to produce a life-of-mine average (currently eight years) of 85,000 ounces at a US$404/oz cash cost, according to a NI 43-101 technical report filed on November 2017.

Achieving commercial production at Ada Tepe is regarded as a key milestone as it establishes Dundee as a mid-tier gold producer with a targeted annual production of 350,000 gold equivalent ounces. The operation is a high-grade open pit with 800,000 ounces of gold reserves. The mine is expected to provide employment for roughly 230 people.

The official mine opening on August 23, 2019, was attended by Bulgaria Prime Minister Boyko Borisov, Parliament Speaker Tsveta Karayancheva and Minister of Finance Vladislav Goranov. The mayor of nearby Krumovgrad Sebihan Mehmed also attended the opening ceremony.

Dundee’s other operating asset – the Chelopech Mine – is located in west-central Bulgaria approximately 70 km east of Sofia, the national capital on the southern flank of the Balkan Range.

Chelopech Mine concentrates are shipped to the Tsumeb smelter in Namibia because the Bulgarian government degreed that concentrates could no longer be treated at the nearby MDK-Pirdop copper smelter. This was due to the high arsenic content.

At Chelopech, gold contained in concentrate produced is expected to be between 155,000 and 187,000 ounces in 2019. In the second quarter of 2019, the mine achieved gold production of 47,074 ounces and 9.1 million pounds of copper, an amount that was in line with previous guidance.