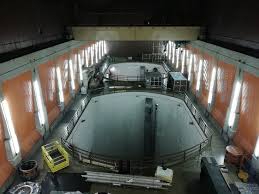 A consortium comprising Croatia’s Končar KET and Czech ČKD Blansko Holding has signed a contract to refurbish the 14 MW hydropower plant (HPP) Vacha-1, the accompanying 110 kV switchyard, and other auxiliary systems at the HPP, in cooperation with the Bulgarian state power utility Natsionalna Elektricheska Kompania (NEK EAD), Končar KET has said in a press release.

The company did not reveal the value of the contract, which is part of a project to rehabilitate the Belmeken – Sestrimo – Chaira hydropower complex, HPP Vacha-1 110 kV switchyard, and other HPP systems. The value of the entire project is EUR 37 million.

However, Končar KET said in the press release that the HPP Vacha-1 refurbishment is not the first HPP project contracted with NEK EAD. Contracts for the refurbishment of HPPs Belmeken, Sestrimo, and Momina Klisura are ongoing, it said.

The contract was signed by Darijo Runjić, a member of Končar KET’s management board, and Ivan Yonchev, CEO of NEK EAD. Boris Mlinarić will be the project manager on behalf of KET.

As part of the refurbishment, Končar KET, as consortium leader, will undertake to replace part of the equipment in the external 110 kV switchgear, the delivery of new 110 kV and 20 kV relay protection HPP’s control systems, excitation, and turbine control systems for generation units 3 and 4, and a control system of the pre-turbine inlet valves on generation units 3 and 4, as well as a full replacement of generation unit 2 with the accompanying systems, and the installation of a new system for power metering. Končar KET will also assemble, test, and commission the delivered equipment, according to the press release.

The company’s subsidiaries Končar – Generators and Motors, Končar – Electronics and Informatics, and Končar – Switchgear will take part in the project as equipment suppliers.

The project completion is scheduled for the end of 2020.